We will be hanging out selling my three new books, copies of our latest film Blood Freak, and discussing our next project!

It’s a One Day Collectable Show featuring approximately 35 tables of Movie Collectibles, DVD and Blu-ray, Movie Posters, Autographs, and More from 10:00am until 5:00pm.

Then, catch Two Classic (or not-so-classic, as the case may be) Drive-In Movies on 16mm Film. Complete with a Cartoon, Short Film and Original Intermission Reel beginning at 7:30pm.

Make an Entire Day and night out of it!
Come in during the day to hang out with friends.
Do a little browsing and shopping with our Vendors.
Grab a bite to eat and a couple of drinks at the hotel bar (or nearby restaurant) and return in the evening to watch the films.

The Film Show if Free if you attend during the day, so your Admission gets you into both events all day and night!

Our Saturday Night Film Screenings will Include:

THE HUMAN DUPLICATORS (1964) Kolos (Richard Kiel) arrives to Earth in his Christmas tree ornament shaped space craft to establish a colony on our planet and take over by “duplicating” humans and replacing them with androids. To do this, he first heads to the home of the brilliant Dr. Dornhelmer, the beautiful, but blind, Lisa Dornhelmer (Deloris Faith), and the doctor’s two female lab assistants (Margaret Teele and Alean “Bambi” Hamilton). It isn’t long before Austin Welles (Hugh Beaumont) of the National Intelligence Agency is investigating. A wonderful slice of low budget sci-fi, complete with cheesy effects, beautiful girls, and a twenty five year old Richard Kiel in one of his earliest credited feature film roles.


MUTINY IN OUTER SPACE (1964) Ice caves have been discovered on the moon so a team of scientists from the nearby space station are sent to gather samples. On the way back to the space station, a fungus breaks out on the rocket and begins to spread quickly. The Commander seems to have contracted some sort of space sickness and won’t listen to warnings about the growing fungus from his crew. He orders the ship to return to the space station and ends of spreading the fungus there as well. Soon enough, the fuzzy fungus monster is massive… and it kills! From the same people that brought you The Human Duplicators comes a cheesy sci-fi double feature that actually played together in theaters. Deloris Faith returns from Duplicators, and Francine York is “Captain Stevens.” It may have been made in 1965, but this one will remind you of a 50s sci-fi film from the get go.

THE LITTLE RASCALS in “CHOO-CHOO!” (1932) Hanging around the railroad stop, Spud, Stymie, Dorthy, Wheezer, Breezy, Wally, and baby Spanky are all fascinated with trains and want to take a ride on one. During a stop over on their way to a new home, a group of orphans tell them they can just trade clothing with them take their place on the train. They make life a living hell for the orphans pansy-ass child-hating chaperone, Mr. Henderson, and cause enough mayhem for the other passengers to rival the best Three Stooges shorts. A drunken novelty company salesman passes out noisemakers to all of the kids when everyone is trying to sleep and Spanky and a monkey release the animals from the animal car – including a lion – into the sleeper section of the train, and things get even better!

WOODY WOODPECKER (1945) “The Dippy Diplomate” – The newspaper announces that Ivan Awfulitch, the famous ambassador, is due to have a barbecue with local resident, Wally Walrus. The scent of steaks on the grill attracts an unwelcome guest in the form of Woody Woodpecker…

* This is the same Holiday Inn we hold out Cinema Wasteland Movie and Memorabilia Expo’s in twice a year.
We’re just taking over one large room for this event and not the entire hotel.

NEED A ROOM?
If you would like to spend Friday and/or Saturday night at the Holiday Inn then Click Here (Same prices as CW)
Use a computer to make reservations before July 2 (*Phones don’t work well with site*)

ADMISSION:
Admission is $7.00 if using a debit or credit card, BUT Only $5.00 Cash.
There will be no advance ticket or pass sales for this event so we are offering a cash discount at the door instead.

Support the next project…

Well folks this is it! Our big ass announcement! Beginning in August, Drunken Yinzers Productions will begin principal photography on a new film. It’s an anthology horror film based on the insane stories of our co-founder Tim Gross! This will be the most ambitious production we’ve done so far and that’s why we need some help from our fans, friends, and all yinz jagoffs. This film will have some cool F/X from our friend Angel Thunder Scorpion O’Connor and we need your hard earned cash to get her the stuff she needs to make it work. So please donate whatever you can. There’s a lot of cool perks for helping us out too. Seriously weird shit! Also we’re asking everyone to share the hell out of this thing over the next few months. Get it as far out into facebook land as you can. Or any social media platform. We love you guys and can’t wait to bring you this new film. It’s gonna be a blast! Thanks again for donating and sharing. We owe yinz a perogi dinner!

It is up and running!

All right Jagoffs! It’s the announcement you’ve all been waiting for! Our new film, Blood Freak, will be available on DVD October 1st!!!! Just in time for your Halloween marathons! We’re open for preorders right now on our website. The disc includes a drunken commentary track from the cast and crew, a gag reel, and the trailer. The first 100 copies sold will be hand numbered and signed by the director. As with all our movies, proceeds will go to our next film, Tales From The Gross Side. You can also order Tim Gross’s TFTGS books to check out the source material for that project. Oh and our first film, Jagoff Massacre, is back in print! So click the link below, get over to our site and buy our wares ya jagoffs!

(Help out your friends at Drunken Yinzers by sharing the hell outta this!)

(Vendor areas open at 11am and close 7pm that day)

“So why not start your day with a quick Grossfest workout?”

“Then the movie room really gets going!”

A M3owy St. Patrick’s Day and a special Steve surprise –

We close the movie room at 11pm and of course movies are subject to change!

SO FILMMAKERS WE ARE STILL LOOKING FOR BEST FEATURE AND BEST SHORT FILM. SUBMISSIONS WILL BE TAKEN TILL JUNE 1ST SO CONTACT ME. THERE IS NO FEE , I JUST NEED A PHYSICAL COPY TO ENTER! 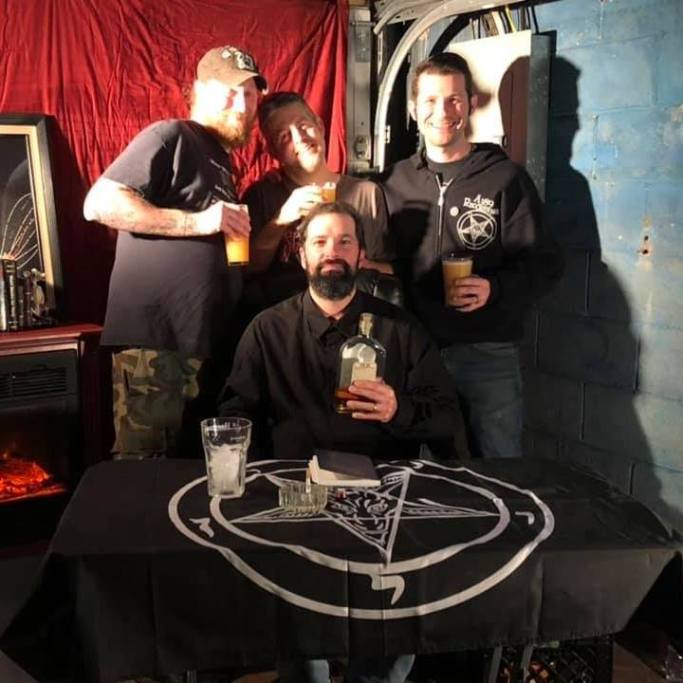 Well everyone, I promised big news coming soon from the Jagoffs at Drunken Yinzers productions, and here it is! While we would love to tell you that a sequel to Jagoff Massacre is coming, we simply can’t do it without Brandon. As soon as he is available we will get our asses on that (the script is already written so…). In the meantime we felt it was time to move onto a new project. And goddamn is it a great one!
A few years back, during the first round of problems with jagoff 2, I had the brilliant idea to write a comedic remake of the classic terrible drug scare film, Blood Freak. After the dissolution of JOM2 and the near death of our production company, we finally decided to take this script and give it a shot. We’re now 2 shoots in and it’s honestly some of the most hilarious shit we’ve ever done.

So next year we will bring you a new film from the Drunken Yinzers! We’ll be setting up a new Facebook page soon and hope you’ll all join us in this new endeavor. And yes, while this is a new film, it does take place in the Jagoff-verse so look out for easter eggs galore. And of course Chuck Connors will be back as well as a slew of JOM favorites. I can’t possibly express how much i truly appreciate all of you Jags that have stood by and waited patiently for us to get our shit together. We love you all more than a case a cold Irons and a primanti’s sammich!

…and if you wanna check out the movie we’re paying tribute to, you can watch it in it’s entirety here….

Post written by “Out of Print” Daniel Boyd last month 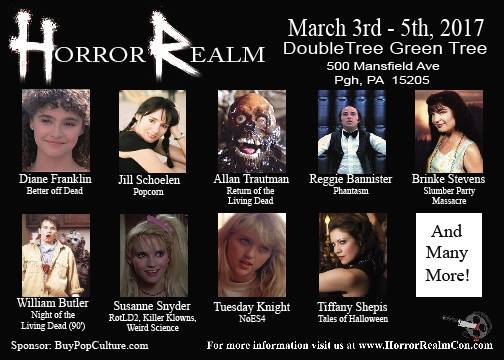 We hope to see you in 2017, as we enter our ninth year as Pittsburgh’s modern horror convention.  The dealer room is 2/3 sold at this point!  If you are interested in a spot, please complete and return the attached registration form with payment as soon as possible to avoid being shut out.

Guests announced to date are:

Horror Realm’s 2017 show is March 3-5 at the DoubleTree by Hilton Pittsburgh Green Tree.

Please contact us with any questions or if you would like to inquire about sponsorship opportunities.  We welcome our latest 2017 sponsor, Pop Culture Comics.

If you have already registered and received confirmation of payment, please disregard this message.

Thank you and enjoy the holidays!

Hey yinz Jagoffs! We’ll be down at Rickert & Beagle books for an interview shoot for Jagoff Massacre 2. After the main shoot we’ll be interviewing fans for the movie. So come on down and hang with the cast and crew of Jagoff massacre! We’ll have copies of the original movie and t-shirts available as well as Tim Gross’s latest book! And don’t forget to support the store while you fawn over the celebs! See yinz dahn ere! 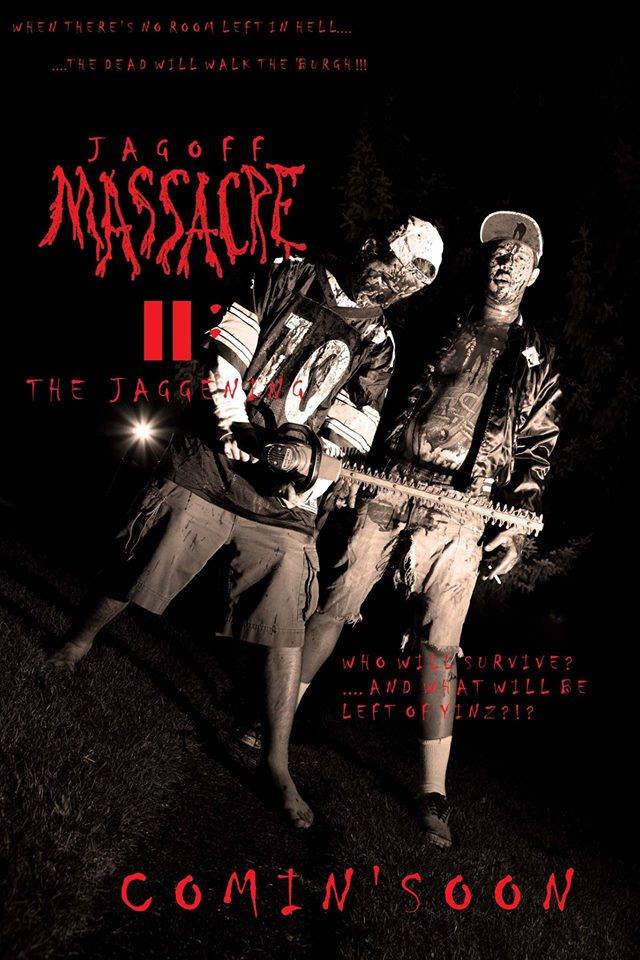 We are a little less than two months away film fiends! A diverse lineup this time around shows Horror Realm is trying to be a little different and give something interesting to convention fans as you can see in the picture. If that wasn’t enough you will get to see some great vendors in Buzzworks (cool dude), T-shirt Joe (www.fastcustomshirts.com) and Gross Movie Reviews approved coolest dude on earth, several other vendors, authors, etc., including myself hanging with Out of Print Dan and selling our film Jagoff Massacre and my newest book “Gross Movie Reviews: The Wrath of Gross”… See Yinz There!!!! 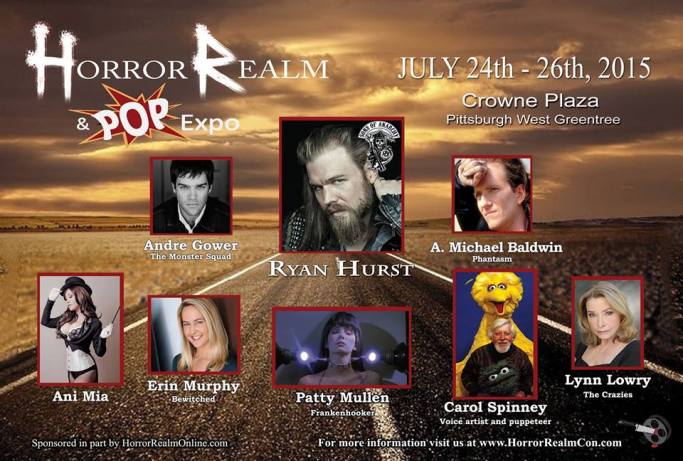