Well everyone, I promised big news coming soon from the Jagoffs at Drunken Yinzers productions, and here it is! While we would love to tell you that a sequel to Jagoff Massacre is coming, we simply can’t do it without Brandon. As soon as he is available we will get our asses on that (the script is already written so…). In the meantime we felt it was time to move onto a new project. And goddamn is it a great one!
A few years back, during the first round of problems with jagoff 2, I had the brilliant idea to write a comedic remake of the classic terrible drug scare film, Blood Freak. After the dissolution of JOM2 and the near death of our production company, we finally decided to take this script and give it a shot. We’re now 2 shoots in and it’s honestly some of the most hilarious shit we’ve ever done.

So next year we will bring you a new film from the Drunken Yinzers! We’ll be setting up a new Facebook page soon and hope you’ll all join us in this new endeavor. And yes, while this is a new film, it does take place in the Jagoff-verse so look out for easter eggs galore. And of course Chuck Connors will be back as well as a slew of JOM favorites. I can’t possibly express how much i truly appreciate all of you Jags that have stood by and waited patiently for us to get our shit together. We love you all more than a case a cold Irons and a primanti’s sammich!

…and if you wanna check out the movie we’re paying tribute to, you can watch it in it’s entirety here….

Post written by “Out of Print” Daniel Boyd last month

The boys from JAGOFF MASSACRE ( the slasher with local flavor) Daniel Boyd, Chuck Connors, Tim Gross and Bryce Katzman stop by and talk up their horror/comedy and the upcoming sequel. See what happens when you mix 5 horrible horror dudes and 30 pack of PBR! With music from Mark Alexander‘s 3 QUARTERS DEAD and the young thrashers, CONDITION CRITICAL! 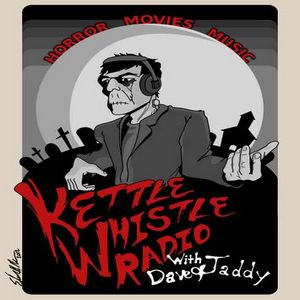