Mayhem (DVD) – Imagine if “The Belko Experiment” was done better with a simpler plot to it. The new virus that is affecting people around the globe is the ‘red eye virus’. This virus doesn’t kill you as it attacks your brain and makes you just not care. Some people it affects them sexually, some people it gives them angry rage, and so on. The point is this law firm with the help many people that work long and hard for the company found a way to get a man off for murder who killed a co-worker during the time he was infected with the virus. The CDC is aware of it and constantly trying to find a cure for it. But someone has put the virus into the water supply of the law firm and now it is on lockdown. Not before the dude that found the loop hole is fired and a woman his company is screwing over is supposed to be thrown out. Because of the lockdown the two decide to make a pact to make their way to the top in a gruesome, murderous, sexually charged rampage to kill the president of the company because they wouldn’t be blamed. Great concept for a film, gory as fuck, and absolutely entertaining as hell as I give it 4 stars.

The Mummy (DVD) – So if you get through the first 15 minutes of the film of Tom Cruise being Tom Cruise and check your brain at the door you will enjoy this flick for what it is? Now I was expecting a giant turd but it never happened. It is a cheesy, wonderful throwback idea of how to start the “Dark Universe” saga. Tom Cruise is a guy who uses the military to dig up artifacts and sell them on the black market until the 30 something cute professor gets involved and both unleash something evil that the world thousands of years ago buried. The Mummy or princess turned to the blackest of magic when her father had a son to make a pact. Now alive in present day she wants to complete the pact to bring evil upon the world and her to reign as king or queen in this case. But with the introduction of Dr. Jekyll as the Nick Fury character he has other plans. The movie is interesting enough to take a chance on and it is shameful that Universal Studios gave up so easy on this “Dark Universe” concept. Me personally I want it to happen, don’t give two shits whether Tom Cruise is involved or not as I give this flick 2 ½ stars.

Double Target (DVD) – Oh Bruno Mattei aka Vincent Dawn I so wanted to love your bootleg ‘Rambo 2’ 1987 flick that stars Miles o’ Keefe as bootleg Lorenzo Lamas or Bob in this case. But it gets boring pretty quick. Donald Pleasance plays a senator who wants a covert operation into Vietnam that makes sure the Vietnam and Russia aren’t planning some kind of terror attack. Bob just wants to go in rescue his son. Once you understand Mr. Pleasance was there for maybe a day of filming you lose interest in this action war flick that is a little too light on the action as I give it 1 star.

Jigsaw (DVD) – It has been a decade since the last Jigsaw murders and the death of Jigsaw aka Tobin Bell’s character. But a recent police chase of a two bit drug dealer to a roof reopens an investigation into the murders as apparently Jigsaw is back or so it seems? A police detective wrapped up in the investigation thinks he has the suspect knowing Jigsaw is dead but Jigsaw is always one step ahead in this prequel, sequel as usual they are still making shit up as they go! It wasn’t terrible but I think I am hung up on the fact I liked what they were starting in the last film with the victims of Jigsaw having their ‘AA’ meetings. It felt like it was setting up a slew of other Jigsaw flicks that were going to go in a different direction? I give this flick 2 stars.

Zombies: The Beginning (DVD) – One of the last films for Bruno Mattei aka Vincent Dawn goes back to the reimaging cookie jar one more time as he remakes “Aliens” sort of with zombies soap opera style. Armed forces are sent to an island where a zombie outbreak has been reported. Tyler Inc., has been experimenting with humans and now the island has become overrun with the undead. The Special Forces go in in hopes of rescuing the scientists but instead have to fight off hordes of flesh eaters. Not his best work in the zombie genre but you know I had to watch it as I give it 1 ½ stars.

Island of the Living Dead (DVD) – Vincent Dawn had one last zombie film in him before he left this great earth and horror fans. This film centers around Treasure Hunters who get stranded on an island that has the undead and a crap load of gold. About 500 years ago the Spaniards were happy and rich until a plague hit turning them all into zombies and they are controlled by a being who wants them to obey and worship it. Meanwhile the treasure hunters are risking life and limb trying to figure out how they can get the gold off the island. If there was a rave it could have been called “House of the Dead”? I give it 1 star.

Yellow Fangs (DVD/YouTube) – A 1990 movie directed by Sonny Chiba based on true events that happen in the mountains of Japan in the winter of 1915. A ridiculous huge bear went from village to village attacking women and dragging them deep into the snowy mountains. So of course a hunting party gets together trying to track down this murderous beast. Great killer bear flick worth tracking down that is also known as “Remains” or I like to call the film “Grizzly 3”. I give this wonderful killer bear film 3 stars.

Blade Runner 2049 (DVD) – The sequel picks up 30 years later after the first film’s events where the Tyrell Corp., bankrupt and was bought out by the Wallace Corp. They continue to make replicants but have learned from their mistakes and still hope for them to take over the human population. A Blade Runner comes across a typical non-violent replicant that as long lived longer than he should but something is different and this Blade Runner has found evidence of something that is linked to the legendary Officer Deckard. Deckard mysteriously disappeared 30 years ago and leads this new Blade Runner down a worm hole of something that could change the world or possibly put it into complete chaos! Again visually beautiful like the first film but can be a little boring but for me this film came about 20 years to late as I give it 2 stars.

Skip Trace (Blu-ray) – Jackie Chan is Bennie a lifelong cop for the Hong Kong police who has no family except a girl who is the daughter of his former partner that he swore he would watch over. Johnny Knoxville is a lifetime hustler/gambler/con man who gets mixed up with the Chinese mob when he sees a murder and has “the Matador’s” phone. On top of that the Russian mob is looking for him as he knocked up the main man’s only daughter. It is up to Bennie to get Connor Watts back from Russia over the China border to testify and put this notorious mob to rest. Jackie is getting a little older but that doesn’t stop him from doing a crapload of entertaining stunts and Knoxville being the perfect sidekick for Jackie. I really would like to see a few more movies with these two together as I believe they have some untapped chemistry? I give this entertaining as usual Jackie Chan film 3 stars. 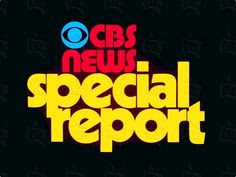 We have been gone for almost a month but we’re back!  Due to Kyle’s job being shut down for some time due to a tornado almost destroying the place that sends us supplies to operate and our audio hosting site having technical problems for the last week (Kyle suspects they are all drunk over at talkshoe.com)  we wanted to know that we are are still very much alive.  But for the time being you can stream or download the show from our site, but, they won’t be on Stitcher until the alcoholics over at talkshoe put down the bottle and get that intervention that they so very much need.  So untill that happens enjoy the 4 new episodes… cause we got god damn RONDO AWARDS to lose over here at bloodbaths and boomsticks central!
Thanks for listening and writing in and we will continuing to listen.  were gonna be around for a long time.
Kyle

This week we are dropping 4 new episodes due to our audio hosting site screwing up, and Kyle’s job has been destroyed for the time being by a tornado.  But that won’t stop us as we bring you and episode in which we talk about the return of a beloved horror series in CULT OF CHUCKY.  Aind the latest in the found footage horror in THE MONSTER PROJECT.  Also we read your questions and peruse the week that was.

This week we are back with 2 more pieces of weirdo cinema.  The first being the cornerstone in a pretty decent franchise starring one of our favorite duded Andrew Divoff in WISHMASTER.  The second is a  strange trip of a flick directed by genre stalwart Jeff Lieberman in BLUE SUNSHINE.  Also we review the week that was, and answer your listener questions.  So download this or else your hair will fall out because of that time you dabbled in LSD in high school.

This week we ask whe question… “WHATS IN THE BOX???” as we review 3 movies about weird mystery boxes in them (we’re really kinda running out of theme ideas here).  The first being this years movie that asks the question what if the final destination series fucked the Wishmaster series in WISH UPON.  Then we talk about a Jewish demon possession flick in THE POSSESSION.  And finally Kyle was dragged to the theater to see the latest in the saw series in JIGSAW.  Also we do the normal ramblings of news, listener questions and perusing the recent weeks viewing habits.  So download this show or Jigsaw will return from the dead for the 127th time.

This week we are celebrating thanksgiving like all the other american dullards are…. by celebrating Christmas a month early instead!  So we bring to you 2 Christmas fright flicks to  binge upon way earlier than you should.  First being this years BETTER WATCH OUT.  and the second being the remake to Bob Clarke’s all time classic in BLACK X-MAS 2006 cause Kyle says it’s awesome and everybody is wrong about it (just like  THUNDERDOME)!  We also do the normal rotation of what we watched in the last week, answer your listener questions, and get to some movie related news (Spoiler Alert, people get touched in the naughty bits).  So download this episode or that crazy grandpa from Silent Night Deadly Night will punish you!