This week we check in with old Sid Haig and see what he’s has been up to with the ladies in BEYOND ATLANTIS.  Then we get the movie we need right now socially as American soldiers in WWII punch zombies in the face in OVERLORD.  And we got some kung fu robot shenanigans in DEATH MACHINES.  And as a bonus movie we got a weirdo family drama/high school coming of age/detective/sleazy sex-sploitation flick from the director of Death Wish in SCREAM FOR HELP.  We also got the mandatory football chat, listener questions, conspiracies, and news.

On this week’s show we get to see what happens when computer students turn into murdering masterminds in INTERFACE.  Then we go to cheerleader camp in an 80 boner jam… (Or is it) that none of us have ever heard on called GIMME AN F. And finally 6 NFL players come home from Vietnam to avenge some murder in THE BLACK SIX. We also get around to having some football chat, what we’ve been watching this week, and news!

This week we dig into some Brian DePalma jams in the cross dressing cult favorite DRESSED TO KILL.  Then we start to get into the Christmas mood as Bill Goldberg jackhammer powerbombs this way through a ton of b list celebrity cameos in SANTA’S SLAY.  And finally Kyle covers an all in one night crime/missing person/mobster jam in RUNNING SCARED.  So check it out or Paul Walker will narc you out.

This week we have 4 movies to check out.  The first being one of the most touted and beloved films of 2018 in HEREDITARY.  Then we have a slasher featuring a killer Santa slasher featuring a bag of dicks… literally in ALL THROUGH THE HOUSE. Then we move on to a killer mutant snowman in JACK FROST featuring gratuitous Shannon Elizabeth side boob.  And finally we got an amazing flick that is exclusive to Shudder in TERRIFIED.  Spoiler alert!!!  One of these movies is one of our most hated movies ever to appear on our show and one is the best.

Interface (DVD) – This oddball flick was released in 1985 by Vestron Pictures and I had high hopes for it after seeing the box. But sadly it didn’t live up to the box of weirdness I thought I might get? It wasn’t all disappointing as the film starts with a street punk played by Lou Diamond Phillips selling cocaine to some not really relevant rich dude. They get ambushed by a prankster that has cult status on the local college campus where he/she/it targets criminals. This time was different as someone died. Meanwhile Professor Hobson’s grad student disappears and he is the main suspect as the student’s wife isn’t helping much as she keeps getting Hobson in trouble with the law. After Hobson does his own investigating he finds out there is a secret group of hackers who wear weird costumes and use the master computer to decide who lives and who dies? Supposedly this was a student film made on the campus of Texas University and got lucky when video dealers were looking for films to put out there on VHS. Not a great film but one those geeky films you are glad you can say “you seen it” as I give it 2 stars.

The Equalizer 2 (DVD) – I was surprised to learn but excited Mr. Washington was doing a sequel to the movie that was based on an old 80s TV show. Only problem is it wasn’t nearly as good. But anyway Robert McCall is still anonymously helping out folks that no one else will help. This time around his closest friend is taken out after a simple trip overseas and it is all about tying up loose ends. McCall let’s nothing get in his way to kill every last person that has anything to do with his best friend’s death. I enjoy the concept and the heart is there but I thought this was the wrong script to go with. I still hold hope for a third flick but doubt it highly as I give the film 2 ½ stars. The movie isn’t all bad but they could have done at least a dozen better storylines instead of the usual one?

The Black 6 (YouTube) – The film has a bad ass beginning, a chaotic ending, nothing in the middle and stars six of the biggest football stars in 1973! A young black man named Eddie is killed by a white motorcycle gang. The Black Six get wind of this after a letter and take it upon themselves to visit this racist little ass town to find answers. Instead they must fight even though they want peace. By the way Mean Joe Greene is one of the six. Love the concept just wish there was more to the film as I give it 2 ½ stars.

Ant-Man and The Wasp (DVD) – So Paul Rudd has been under house arrest for the past two years for helping the Avengers and Hank and his daughter refuse to talk to him. But Hank opened a portal for a few seconds that has Scott having dreams or flashbacks of the ‘quantum realm’ where Hank’s wife might still be alive. Hank and his daughter get Scott and try to fight off a new enemy of sorts named ‘Ghost’. They believe with the help of Scott and certain parts they can open a portal into the quantum realm and find her. The movie isn’t horrible at all but like the Thor films it feels like here is something to hold your attention for now until the stuff you really want will come out a year later. I give it 2 stars.

Gimme an “F” (YouTube) – A wannabe 80s sex comedy about a cheerleading camp that failed to be entertaining but may have been the prequel to “Bring it On” and the sad lost sequel to “Meatballs”? High school cheerleaders come from all over to this cheerleader camp to compete and learn before the regionals. A mid-twenties trainer wants more than just teaching cheerleading to high school girls may have his chance when his boss makes a bet with him to make the worst squad into something good. You do get a pair of sweater puppets with flags on them and almost underage sex but that is about the closest to a sex comedy in this feature. Also it runs twenty minutes too long as I give it 1 star. Next time cast Donald Gibb!

Dressed to Kill (DVD) – A great and creepy flick with an amazing cast that has an unknown blonde as a serial killer. Angie Dickenson plays a bored house wife who after seeing her doctor played by Michael Caine for advice, goes and cheats on her husband. After enjoying the experience she just happens to be in the wrong place at the wrong time when a tall blonde slices and dices her on an elevator. The only witness who soon becomes suspect is an escort played by Nancy Allen in which the cops or Dennis Franz doesn’t believe her story. Meanwhile Angie’s son played by Keith Gordon begins to research and track who is leaving the doctor’s office and what time to figure out who could be the killer? Franz lets the escort know the evidence could be in the doctor’s office but no one is going to give him a warrant on hearsay. So Nancy and Keith devise a plan to get in the doctor’s office to get the evidence but be careful what you wish for in this well-crafted tale of murder. The film is nearly 40 years old and still entertaining as I give it 3 stars… Yeah, a buck naked Nancy Allen will never hurt the eyes folks. 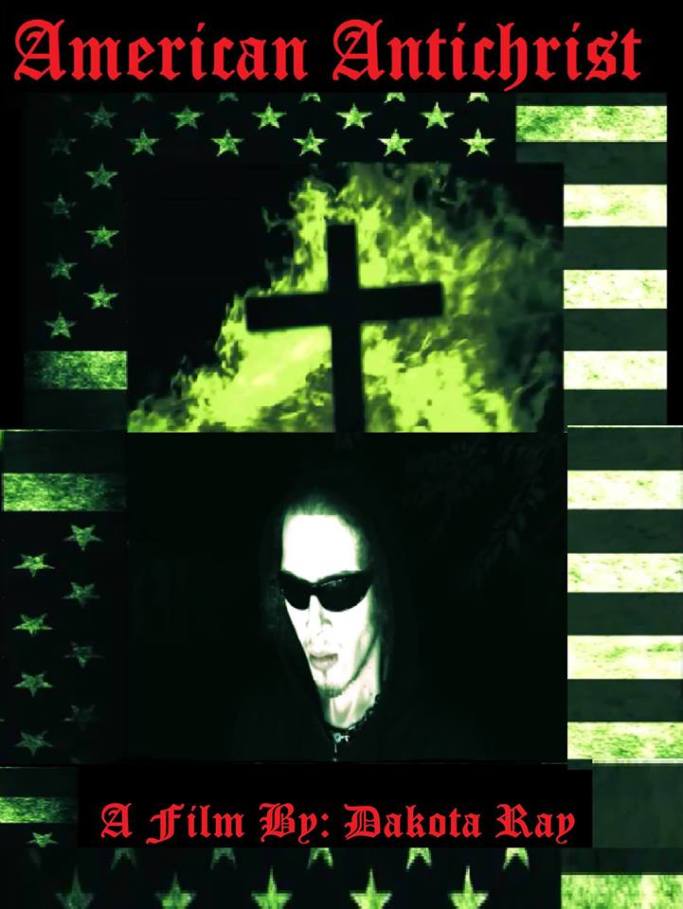 American Antichrist (DVD/YouTube) – This independent flick stars, was written, and directed by filmmaker Dakota Ray. Mr. Ray dips his toe into the truly bizarre as the film is like a combo of death metal video and an experimental student film? A serial killer who dies of a drug overdose that considers himself as the Antichrist is kind of the center point or wrap around to the anthology depending on how you watch the film. Main aspect of the film is about depravity and desperate acts of humanity and how low people will go… or that is at least what I got out of it. Again the movie has that student film feel but unfinished like there was more too it but never shot. Plus and I could be totally wrong here it felt like Mr. Ray was experimenting with certain angles, lighting, etc. that will most likely help him in future projects. Honestly not totally sure what to think but it is bizarre enough I can see this independent feature finding a hardcore audience as I give it 2 out of 4 stars. For more info on the film go to:      https://www.facebook.com/American-Antichrist-350101585480631/