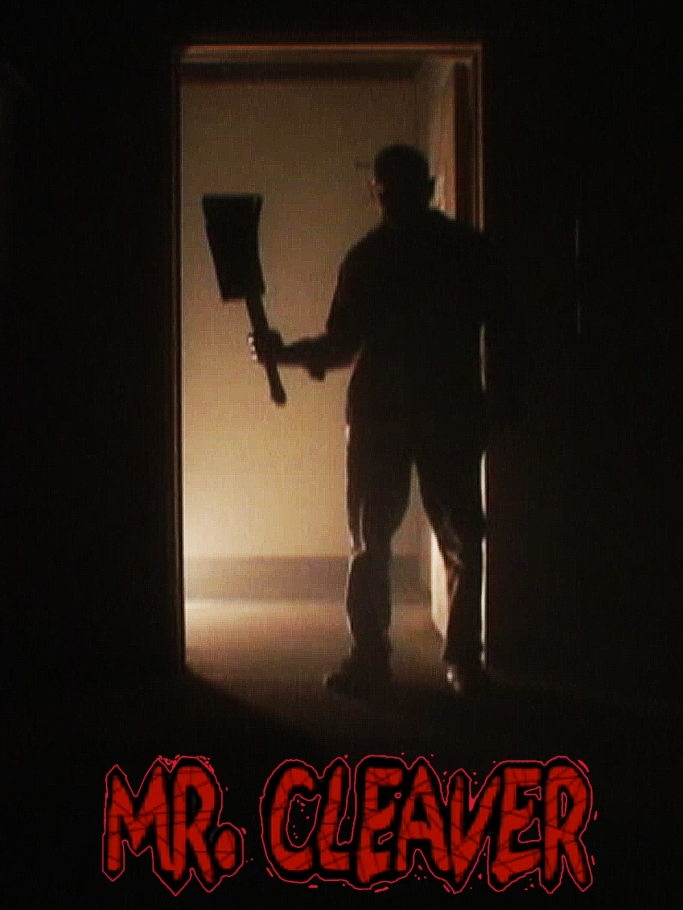 Mr. Cleaver (DVD) – A throwback S.O.V. flick where some punks break into an empty warehouse to party their brains. Things are going great: people are trippy, bumping uglies, and just being drunk until a bad dude with a giant meat cleaver shows up to ruin the party. Crystal, Lump, and friends get real scared when they find Mr. Cleaver’s personal pile of body parts. The punks fight back but run into trouble when they find out the evil dude cannot be killed because the warehouse is his own personal hell for eternity. Some blood, some nostalgia as these flicks will always hit the soft spot in my heart as I give it 2 ½ out of 4 stars. For more details or to purchase the film, go check out www.togethermagicfilmgroup.com .

Ghost Stories (DVD) – A British film that could be considered anthology but really doesn’t feel like it. But that can be up for a debate between you and your friends after watching it. Professor Goodman is a man that makes a living at trying to debunk the supernatural or just trying to prove psychics are just good cheats. Professor Goodman is contacted by an old man. This old man isn’t just any person but someone when Goodman was young he caught on T.V. debunking the supernatural. Goodman goes to the man’s trailer because this was his idol; here is his chance to talk to him. But the old man had his reasons for calling Goodman to him. The old man hands off three cases that the old man claims were real. They couldn’t be explained logically and wants Goodman to either prove him wrong or to tell him that the supernatural does exist? But pay close attention folks because every scene has a point and the payoff is how the film ends. I give the fun film full of hauntings 3 stars.

Strike Commando (VHS) – Found another classic from Vincent Dawn aka Bruno Mattei where this 1987 film stars Reb Brown as Sgt. Michael Ransom as this is Mr. Dawn’s version of “Rambo II” if it was made in the Philippines. The film has a few titles but another popular used title was “Cobra Force”. Yes there is a sequel but no Reb Brown. Anyway Ransom is double crossed when he is in North Vietnam trying to help out a group of people out of the war zone. But when the Russians show up things get serious like some awesome slow motion fire-bombing of Sgt. Ransom. Now with Ransom captured behind enemy lines and no one to save him the Russians try to turn him against his own. Ransom won’t have any of it, escapes, kills most of everyone, the guy that double crossed him went to Manila. So we get this added on scene with Ransom and bootleg Col. Troutman in Manila and a large machine gun! 2 ½ stars people for this awesome badness!

For the Love of Spock (DVD) – A wonderful documentary about Leonard Nimoy by his son Adam who documents the impact the famous “Star Trek” character had on pop culture and people over the years. Leonard was a struggling actor in Hollywood who like most worked odd jobs and almost quit completely until he landed the role of Spock. At first wasn’t totally known where this character would go or do in the series but Leonard found his calling and loved every second of it. His image was everywhere and still till this day is reference on a regular on TV shows. The person and the character were someone that was loved and appreciated by almost all. His son even documents the hard times as a kid growing up with your dad being Spock. Great stuff as I give it 4 stars.

Power of Grayskull: The Definitive History of He-Man and the Masters of the Universe (DVD) – This might be a very nerdy documentary but I lived it. This documentary covers everything He-man related. It all starts with how they basically produced the He-man toy line out of thin air after losing out on the “Star Wars” toys. No real back story they came up with a good guy and a bad guy and went from there. With no TV show or movie these action figures sold like crazy to the point Mattel couldn’t keep up with demand and were making up characters as they went. At the height of its popularity it was 95% of the toy business in some form. The cartoon that was soon developed was also in such high demand they came up with “She-ra” which proved to be just as popular. He-man was the thing from 1982-1987 and believe me I lived it as I remember trying to write letters to Mattel to try and get free action figures. Once the Dolph Lundgren film was released that seem to sign the end for the toy line. There were a couple restarts over the years but no luck until recently with nerds taking over the Earth He-man has found new life. If you are about the same age as me you will remember He-man mania as the film documents everything… I give it 4 stars. 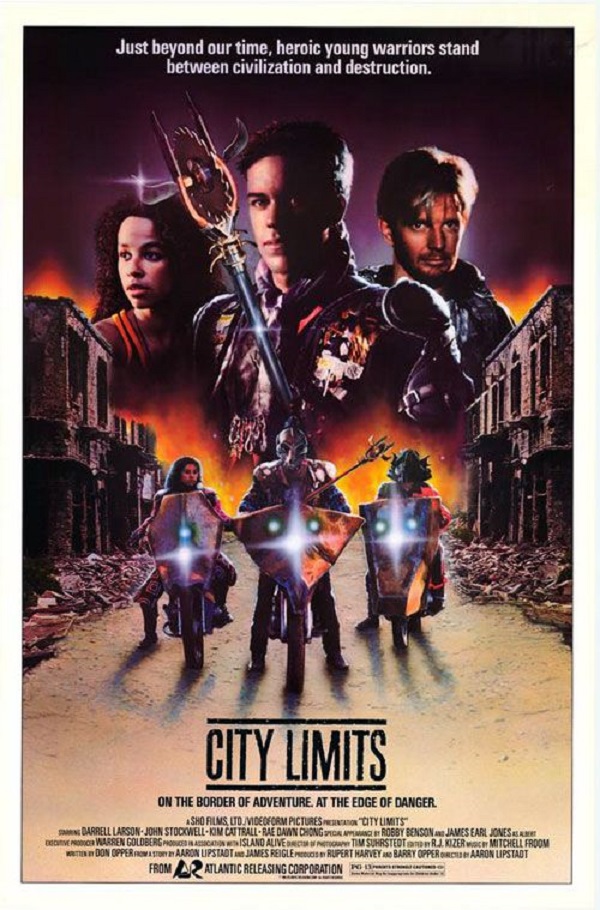 City Limits (DVD) – Okay folks, this lesser known post-apocalyptic film is so in my wheelhouse! This 1984 film stars John Stockwell, Rae Dawn Chong, James Earl Jones, Robbie Benson, Kim Cattrell, and Don Opper (he wrote the script) among some other names. This movie literally looks like they made this film with leftover movies on a shoestring budget and it worked. In 1984, a plague has hit killing almost all adults and leaving kids to fend for themselves. 15 years has past and now the kids or survivors of this plague run the cities with no power. John Stockwell as Lee heads to the city for adventure to look for a group of survivors known as the “Clippers”. Clippers are a motorcycle gang that has split the dark city with the “DA’s”. The gangs have made peace for years now so they would stop killing each other and just try to survive. But a corporation has moved in and is trying to force the gangs to be a part of the system of rebuilding. If they do not cooperate with the Sunya Corp. they will be killed. With Lee finding these new friends he wants to help them fight for the city and keep it from the adults trying to move in. This movie is absolutely cheesy wonderfulness! I give this mid-80s gem 4 stars all the way!

Grossfest 2 is coming… July 20, 2019, check our Facebook page and www.grossfest.com for details and upcoming guests.