Gingerclown (DVD) – A film made in Budapest but takes place in Hollywood, California 1983 where a group of local high school teenagers are hanging out behind the famous Hollywood sign and they call themselves “the Wolfpack”. Of course the lonely nerd named Sam or Tully as the “Wolfpack” calls him rides by on his bike and they make him an offer to be a part of their gang “The Wolfpack”. Sam takes them up on the offer for the mere reason he likes the cute blonde Jenny. They go to an old abandoned amusement park and is told he has two hours to enter the park and come back with something to prove his effort. The strange old place has a history of mysterious deaths and fires and hasn’t been open since the 60s. Once Sam enters, Jenny follows and the two are faced with odd evil things from an evil tea kettle to an evil pile of crap, something that makes you think this flick was lost from the Charles Band’s Full Moon collection over the years. What it comes down to is the park is full of expelled demons from hell that prey upon humans that enter. It has the cast of famous genre favorites in: Lance Henriksen, Tim Curry, Brad Dourif, and Michael freakin Winslow but they are all voice overs for the characters in the park. A fun concept for a horror flick but just never reaches its potential and for that I give it 2 stars.

The Scribbler (DVD) – Our film begins with a woman named Suki being interviewed or interrogated by a doctor and a detective to figure out what just happened at this woman’s mentally unstable halfway house/apartments I guess. The film is based on a comic book I never heard of but sure T-shirt Joe Garcia from www.fastcustomshirts.com would know?  The film is a little ridiculous, weird, dark, and very interesting. But you need to stick with this oddity as it takes about twenty minutes to get going as it lays out some plot for you to dig into and understand the subject matter better. But Suki tells a story of how crazy people in this building are being killed and the doctor and detective know that Suki suffers from multiple personalities herself. But without trying too much more of giving the film away Suki is given an electrical device from her that is supposed to help her get rid of her multiple personalities one by one. From there it becomes a lost project from the mind of David Croenberg if possible? It stars the likes of Gina Gershon, Eliza Dushku, Billy Campbell, and Michelle Trachtenberg and no doubt will be on end of the year list for best movies of 2015 as I give it 4 stars.

Apocalypse Pompeii (DVD) – Asylum Entertainment once again proves nothing is off limits and tries to capitalize on the big budget piece of crap called “Pompeii” that littered theaters last year. Adrian Paul’s wife and daughter go visit the ruins and the volcano erupts and only Adrian Paul and the brilliant John Rhys-Davies can save them. Its unwatchable crap but I still watched it as I give it 0 stars. 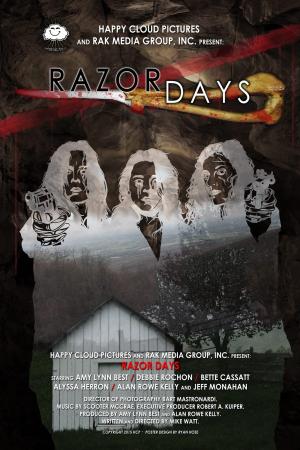 Razor Days (DVD) – A long awaited project that has been years in the making from Mike Watt and Happy Cloud Pictures is making its way out on the festival circuit. The film stars Debbie Rochon as Jessamay, a disfigured woman who has survived a horrible attack of rape, torture, and cannibalism. She approaches Anita (Amy Lynn Best) who helps women defend themselves and takes interest in Jess when Jess tells her story. But Jessamay believes if she escaped then there has to be other survivors? Survivors that need to be found as they got to feel the same way she does and that is to find these horrible things or men and wipe the earth clean of them. With Anita’s help they find a woman named Reina across the state and together they become fast friends and soon share the wanting of closure and no longer of being haunted by their horrible past. This new project from Happy Cloud Pictures is much different project you are used to seeing as they go dark, very dark and miserable. The flick feels a little like “Ms. 45”, “I Spit on Your Grave”, and “They Call Her One Eye” but walks that fine line of not going too far extreme and have Debbie Rochon possibly give her best performance since “American Nightmare”. The film also has appearances from Michael Varrati, Alan Rowe Kelly, and a few other Happy Cloud Pictures regulars. As much as I really enjoyed the deep darkness and grit of this film for me at least it felt like something else was going to happen but didn’t? But do not let that stop you from checking out Mike Watt’s darkest film to date as I give it 3 out of 4 stars. For more info on the film go check out:    https://www.facebook.com/pages/Razor-Days/125372234198963?fref=ts .

Starry Eyes (DVD) – A young woman named Sara who is a struggling actress believes she is meant to be a big star and will eventually do anything to get there. After another rejection for the film “The Silver Scream” she takes out on herself but the people see this and believe she could be right for the part if she is willing… At first Sara turns it down but soon runs back even if it means sucking an old dude’s wiener! Even with that she must complete the transformation. Predictable flick but has some great gore but not enough for me to want to revisit the film anytime soon as I give the film 2 stars.

The Pyramid (DVD) – It is 2013, Cairo, Egypt, and archeologists may have stumbled upon the biggest discovery ever as they find a pyramid under the surface of the desert. Something that may predate any of the ancient pyramids. Excited to investigate it all the plug has been pulled on them as war has broke out inside Cairo. Forced to pack up the archeologists and the camera crew that is following them quickly make their way into the tomb/pyramid to investigate soon understanding they are in a maze that was constructed to keep something in? I am always a sucker for this subject matter as a horror movie but sometimes it fails and this is one of those times. It’s not horrible but with a film like “The Descent” still fresh in many horror movie fan’s minds you cannot help but comparing the two. Interesting horror film that just taken the wrong turn of how it could have developed into something far cooler as I give it 2 stars. 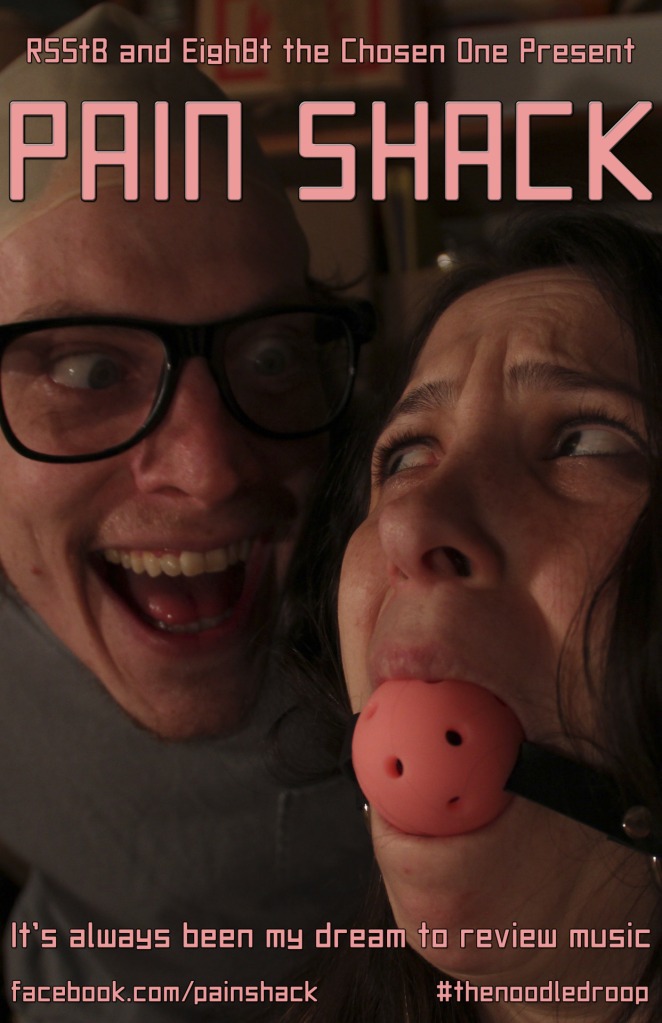 Pain Shack (DVD/YouTube) – Now mind you fine folks the film I watched is a rough cut that has since has a couple new scenes added and deleted in the official DVD that will be available. Anyway the film is made by the duo of Marissa and Alex Murphy. No, that isn’t Robocop Alex Murphy before you ask. But the film takes you on a long spiraling dark ride with the character Alex who believes his dream is to review music. To do this he studies YouTube and its users to come up with his own gimmick the “Noodledroop show”. In the process Alex becomes obsessed with a movie reviewer Ricky Shores and becomes abusive in his relationship with Marissa so he can achieve his ultimate goal of becoming a YouTube sensation as his followers grow or do they in this dark horror/comedy. The film runs a little long for its subject material in my opinion but I really enjoyed all the performances by all in the film and really enjoyed how Alex and Marissa filmed their characters because I believe I know some of these people currently or of at least met them on occasions at several conventions and for that kids I give the flick 2 ½ out of 4 stars. For more info on where you can purchase a copy of this film or see where its playing at next check out www.facebook.com/rickyshoresingstheblues .

And do not forget to order your copy of Gross Movie Reviews: The Wrath of Gross at: http://www.lulu.com/shop/tim-gross/gross-movie-reviews-the-wrath-of-gross/paperback/product-21975934.html