Anna and the Apocalypse (On Demand) – This is film is an absolute godsend from Scotland that smartly blends “High School Musical” and zombies in a fun and exciting way. Anna Shepard is going to be graduating soon and unlike her best friend who is going off to college she wants to travel. Of course her father isn’t all to happy and all Anna wants to do is get people out of ‘Thunder Balls’ bowling alley sooner than later. Anna and friends not caring or not paying attention to the rest of the world as a strange virus has struck all the major cities and turning people into zombies. Once a lot of singing about their lives is done in the first 30 minutes of the film the group of friends are faced with the end of the world. The end of the world is bloody and brutal but don’t let this film fool you as certain characters die off when you are not expecting. I absolutely loved the flow of the horror musical and how it is presented. Good chance this will show up my ‘Best of 2019’ as I give it 4 stars.

The Car: Road to Revenge (DVD) – Yes folks it is a sequel to the evil classic of the late 70s. But that is where it ends as I may have found the ‘worst movie of 2019’ already! After a district attorney dies on top of his new ‘Lazarus One’ it appears the car comes to life and has his personality. It begins murdering all involved… Boring piece of monkey shit needs to vaporized from any studio catalog or movie fan’s as I give it zero stars. And for the person who thought somewhere this was a good idea do me and all movie lovers a favor and quit your job… NOW! 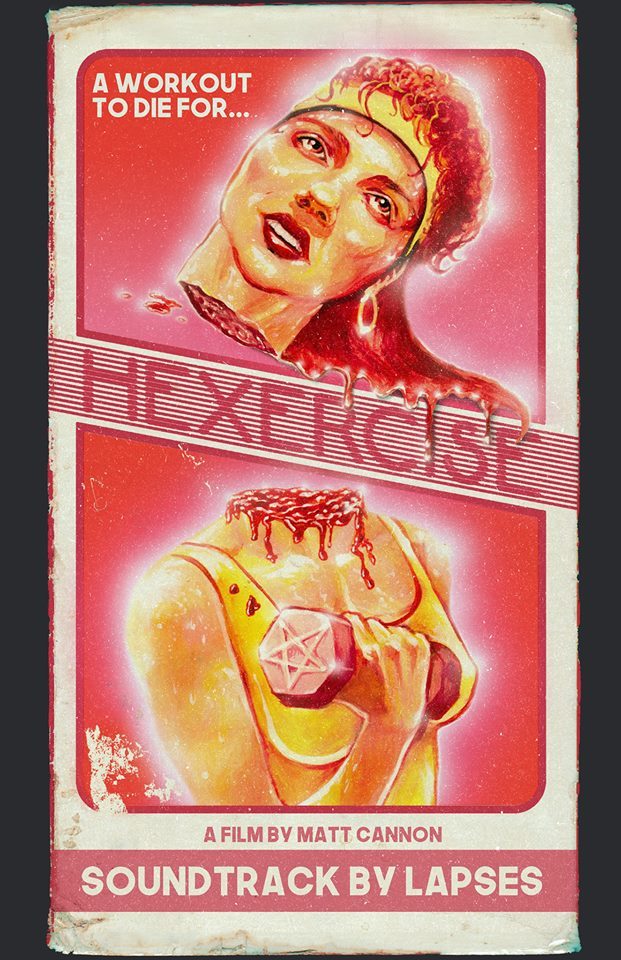 Hexercise (Blu-ray/DVD) – So you claim you have seen everything? I bet you haven’t as a very talented Matt Cannon did a perfect job of bringing to life this homage to ‘aerobic horror movies’ from the late 80s. In August of 1969 a blood ritual is performed where the aerobics studio stands but it is stopped before completion. Twenty years pass and now there is a workout studio existing where a cute aerobics instructor named Kelly pricks her finger with her name tag. She bleeds on her boom box and floor and like black magic the ritual is back on! With this act Kelly has unleashed a demonic presence that is trying to kill all who work or attend the aerobics studio, including Kelly’s rapey boss. Everything is right about this film: the outfits, what I believe is a Commodore 64, lava lamp, T.V. and even the music makes this short film feel right. The twist on this homage is there is no dialogue as the actions of the characters tell the story. The film is in the same vein as the mid-2000s short film “The Misled Romance of Cannibal Girl and Incest Boy” and to me that is freakin awesome! I got to thank Matt Cannon for giving us horror freaks something we didn’t know we needed as I give this wonderful project 4 out of 4 stars. For more details on the film check out: www.facebook.com/Hexerciseordie .

Cold Skin (Shudder) – A way cool weirdo creature feature involving lighthouse keepers in the early 1900s. A young lad arrives to an island to relive a crackpot named Gruener. Gruener refuses to leave and wants to stay no matter what anyone says. But as the first nightfall begins the young lad soon understands Gruener isn’t a crackpot as some weird creatures come from the sea to land. Now homeless the young lad shacks up with Gruener learning secrets about the creatures and Gruener. A weird and twisted creature feature about the two lead characters coping with whether the creatures are there to cause harm or in the end actually live in peace. An amazing story that starts slow but grips you by the privates as it unfolds as I give the flick 3 ½ stars.

The Satanic Rites of Dracula (DVD) – An early funky 70s flick about Dracula where the authorities believe some of the prominent members of the community are part of a secret cult. When they begin investigating and get old Van Helsing they soon understand that Dracula is back and behind everything. But this isn’t Dracula’s old routine of wanting more vamps or some other non-sense. Dracula has scientists, biologists, etc. working on virus that is worse the ‘black plague’ something that would end the world including himself. Interesting plot twist this time around as it involves Van Helsing trying to lure Dracula to his death in some jaggerbushes! Yes they are real and I give this film 2 stars.

The Giant Spider Invasion (DVD) – Some strange occurrences have happened in the sky over a small Wisconsin town that has a couple scientists baffled. While they investigate what this event is all about apparently flesh-eating spiders of all sizes begin to invade the town for lunch! The scientists find a mini-black hole on the Kester farm and must act fast to close it or these spiders will grow in numbers. Some incest and some large ass spiders make it worth the watch but you have to fight through some very dull parts of the film as I give it 2 stars.

Bullied (DVD/YouTube) – A short film from a brilliant Nick Charles where a girl is bullied. The girl does the right thing and tells an adult about it but when it is ignored the little girl takes things into her own hands. A well said statement short film Mr. Charles as I give the film 3 out of 4 stars.

A Cold Night’s Death (YouTube) – An oddly familiar 1973 TV movie starring Eli Wallach and Robert Culp who play scientists that head to the Tower Mountain Research Center after losing contact with Dr. Vogel. It has been five days since they last heard from him and their research on monkeys is needed for space travel. The two soon find a dead Dr. Vogel and continue his work in order to finish the project in time. But some haunting things begin to happen as the days go by and it has been relayed to them that Dr. Vogel did not die of a heart attack but just mere exposure to the cold in a locked room with no one else. As the two keep fighting amongst themselves the answer is right in front of them but they figure it out to late. A fun flick to watch during a cold winter night as I give it 2 ½ stars.

Road Wars (DVD) – A 2015 post-apocalyptic flick from Asylum Entertainment that starts off wonderful involving a man who shows up in the wasteland with no memory. It is explained the world has gone to shit because of a virus that turns people into vamp-like zombie creatures. The virus acts like rabies of sorts that make them thirst for blood and stay out of the daylight. After the no-name man is taken in by a small group of survivors they make the decision to travel somewhere that a vaccine could be made or least tried. Problem is as I explain it sounds like a fun B-flick but it terribly falls apart as it is all over the place plot wise. Instead of trying to be its own movie it chooses to steal from several post-apocalyptic films and never fully committing to one storyline. Thus causing what could have been a fun B-flick to watch to a dog turd you wish would dry up and wish you never knew it existed as I give it 1 star.