Freaks (DVD) – A misunderstood classic when first released in 1932. Many were sickened, disgusted, and just didn’t care for the film. But over the years that followed its original release it gained cult status for its subject matter which is circus freaks and how they turn on a circus performer who mocks them. Even when the so-called circus freaks accept Cleopatra she still mocks. So the circus freaks get together and plan her demise when the show is on the move to the next town. These days the film may not have the impact it once did but still sheds light on a cultural divide even in today’s society. I give the flick 3 ½ stars.

Bad Ass (DVD) – A very corny action flick starring Danny Trejo as an aging Vietnam vet who is just tired of the younger generation being complete asses and beats two skinheads up on a bus when going home one day when they wouldn’t leave no one alone. The event is caught on people’s cellphone videos and it goes viral. Things are going great for Trejo’s character until his best friend is killed for a flash drive that contains some highly illegal activity being done by the mayor played by Ron Perlman. Like I said it’s corny but entertaining as I give it 2 ½ stars.

Taken 2 (DVD) – Liam Neeson is back as the super-agent who is trying to learn how to be a father and accept his wife is married to someone else. This time around he is the one that is kidnapped along with his wife while on vacation and it’s up to his daughter Maggie Grace who seems to still be playing a high school student but is like 30 years old in real life… But anyway she has to be the one to help out super-agent dad or him and mom will be killed! Lots of brutal violence and action sequences make this a film you cannot blink while watching or you’ll miss something. I give the action film 3 stars. 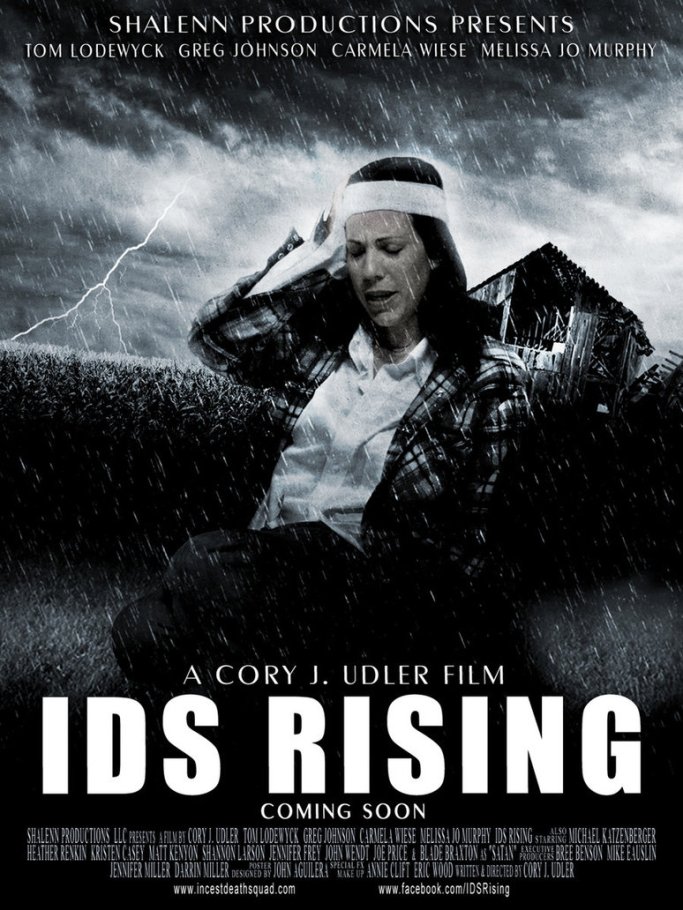 IDS Rising (DVD) – Cory J. Udler continues one of my favorite independent film storylines “Incest Death Squad” in this third film that picks up with Amber believed to be dead but is in a coma at a hospital for the past three months after the big shoot out ending of the second film. She is taking a verbal beat down from her brother Jeb but we soon learn she is in a coma. Two-thirds of the film takes place in Amber’s mind as she tries to find answers on why things happen the way they did and why she is still alive only to learn a whole lot more when she is visited by all of her dead friends and parents in her dream state. Best way to describe the film is ‘Prophecy 3’. I enjoyed the second film more but this sequel is a great tie film as it explains a lot about Jeb, Amber, their fucked up parents plot and why Amber is like the way she is. This sequel is a nice way to wrap up a trilogy with also leaving the door open to possibly revisit the ‘Incest Death Squad’ without hurting the fun films that came before it. Why I describe it as ‘Prophecy 3’. Mr. Udler does another good job of keeping me entertained with another entry of twisted and sick fun he calls ‘IDS rising aka Incest Death Squad 3’. I give the film 2 ½ out of 4 stars. You can purchase the film or find out more about Cory J. Udler at www.incestdeathsquad.com .

World War Z (DVD) – At first I had high hopes when Brad Pitt’s company bought the film rights. But once I heard a bigger studio was getting involved and the budget ballooned over the $100 million I stopped being excited and hoped it wasn’t an ‘I Am Legend’ fiasco again… So I sat down to finally make myself watch this flick. A mysterious virus has hit the world and all are turning into zombies at an alarming rate. Brad Pitt reacts as if he has seen it before and helps his family get rescued by the UN to a Navy vessel. From Pitt’s character goes searching for a cure to the zombie plague and its origins. While he is searching the globe the zombies are taking over the planet until he has found a way to camouflage humans from being lunch. I believe this is the first big budget popcorn summer flick. In other words the film didn’t suck but is forgettable. I will stick with Romero, O’Bannon, Fulci, and Nazi zombies as I give this film 2 stars.

The Colony (DVD) – Years into the future where global warming took a header and one day it started to snow and has never stopped. With freezing temps, very little food, and human connection, humanity is in trouble unless it finds a way to reverse the weather problem or a new food source. The film stars a paranoid Bill Paxton and Laurence Fishburne who leads Colony 7 who has lost contact with Colony 5 but receives a distress call a week later. A small team goes to visit only to find blood, destruction, and a scared survivor who claims they have found a warm spot 40 miles north. When the team investigates the screams and noises they run for their lives after finding what happened to the Colony. It soon follows the team back home for a fight for its life where flu is no longer the only enemy. At any point during the film I was waiting for 1982 Kurt Russell to pop out of nowhere looking for “Childs”! The movie is great but swings and misses on a key plot point that I thought could have made the film one of the top five films of 2013 when do not explain more about the weather machines??? Hell, there looks to be a scene missing when they arrive at one weather machine on their way to Colony 5. This film is still pulse pounding fun terror and violence and worth seeking out as it was dropped from theater release earlier in 2013. I give the film 3 stars.

Scarecrow (SyFy Channel/DVD) – A big steamy pile of rat shit called a horror film about a small town legend of a killer scarecrow spirit that begins to kill high school students that were on a Saturday detention field trip. Where’s fucking Larry Drake when you need him? Save yourself the time and punch yourself in the face you’ll at least feel better in 90 minutes than watching this flick, I give it 0 stars. 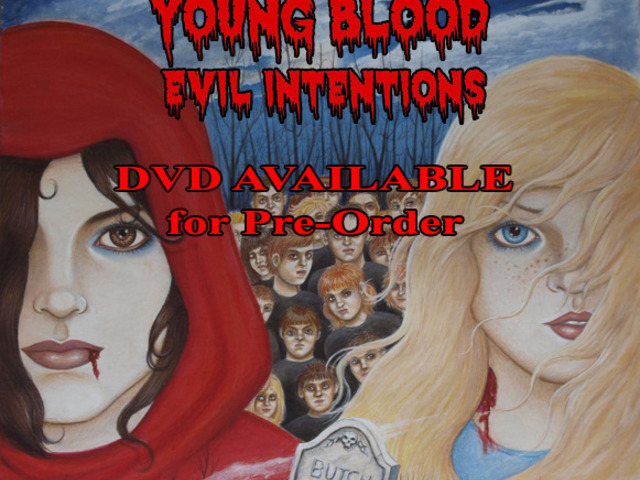 Young Blood: Evil Intentions (DVD) – Two young sisters that are not happy with mom’s choice in men decide they need a change or at least the older sister Anavey convinces the younger sister Anastasia it’s a change for the better.  Anavey uses the best line I have heard in a film this year: “I am 75% sure it might work!” to convince her. Once the sisters are vampires, the older sister Anavey explains the rules and what is needed to be done for Anastasia to go full vamp. Then she assembles a vampire cult with all the town’s children to begin killing all adults she does not like. The film is a crossover of ‘Children of the Corn’ and an adult version of the ‘Goosebumps’ show. The independent movie has its moments of comedy, great cameos, violence, and funny jabs at the ‘Twilight’ vampires and I enjoy its take on a small southern town reacting to kid vampires. But its 100 minute running time makes the film seem to be dull in parts or the story stretched a little too thin. This is a common mistake among a lot of beginning filmmakers and gets corrected over time as they learn more and experience the process with more projects. Overall it’s entertaining and I enjoy its late 80s shot on VHS feel as I give the film 2 ½ out of 4 stars. You can purchase and support the independent film at www.youngbloodmovie.com .

Also you now can purchase the co-directed project from Daniel Boyd and myself called, “Jagoff Massacre” at www.jagoffmassacre.com .

Don’t forget you can also hear Kyle Poling and I talking about horror flicks on a weekly basis on the Bloodbaths and Boomsticks podcast at http://bloodbathsandboomsticks.blogspot.com/ .

Plus you can always go to the greatest T-shirt place online or if you are in Texas visit the store of “Fast Custom Shirts” where T-shirt Joe is the only place that you can purchase a Gross Movie Reviews t-shirt but also Cannibal Campout, Woodchipper Massacre, and Spookies T-shirts also!!!! Go towww.fastcustomshirts.com for details.