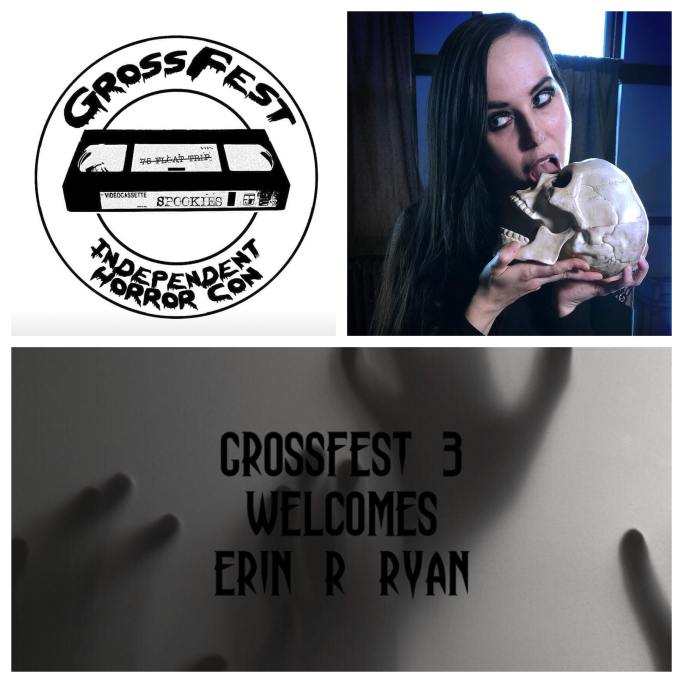 Another cool person we have wanted as a guest for Grossfest. She is from near Dayton, Ohio and this wonderful actress has been in almost 40 films over the past seven years.  She has quickly become one of the best actresses in independent film over the past few years as her presence in movies is unforgettable. She has worked with some cool independent filmmakers: Dustin Mills, Dave Parker, John Oak Dalton and Henrique Couto in such projects as Bath Salt Zombies, Easter Casket, Babysitter Massacre, A Bulldog for Christmas, Awkward Thanksgiving, Slimy Little Bastards, The Slit-Mouthed Woman, Slaughterhouse Slumber Party,  and The Girl in the Crawlspace to name a few. It is delightful that we are able to introduce yinz to our next guest of Grossfest 3, the talented actress Erin R. Ryan!