In the land of faith-based productions, a husband-and-wife team celebrate their dark side 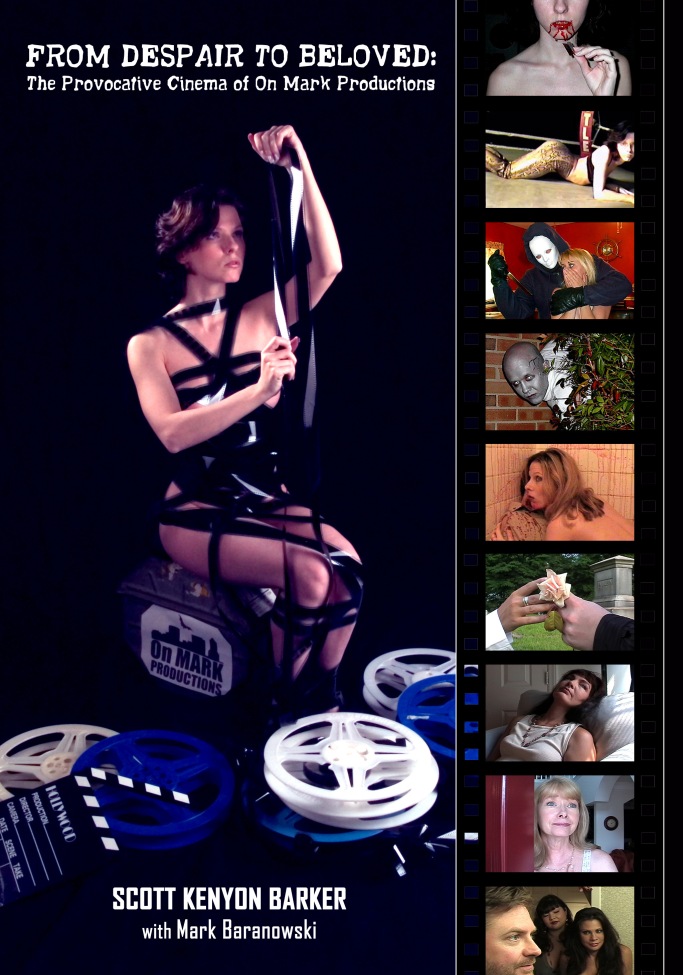 CHARLOTTE, NC: Perhaps the most prolific Charlotte-based filmmaker ever, Mark Baranowski announces the official guidebook to the varied assortment of edgy independent movies he created almost single-handedly between 2001 and 2011 – From Despair To Beloved: The Provocative Cinema of On Mark Productions.

Co-authored by Tucson, AZ writer-editor-filmmaker, Scott Kenyon Barker, the book serves as an introduction for those not already familiar with the oft-controversial films of Baranowski and his wife/creative partner, model-actress Ryli Morgan, while providing fans of these same films an in-depth look into their making.

In an effort to provide worthwhile content at odds with the likes of Hollywood, Mark and Ryli knew from the start that their microbudget films had to offer demanding audiences what most of the blockbusters lacked: heart. That, and sometimes excessive blood and bare skin… The result led many to wonder just how much of themselves the couple revealed to the camera, and to question their true motives for movie making: Were they following a dream, or just living out their fantasies?

The answer to this question and many more is revealed in From Despair To Beloved: The Provocative Cinema of On Mark Productions, which also includes an exclusive interview with Mark and Ryli; behind-the-scenes stories and photos; an entire shooting script for Mark’s latest film, Hardly Beloved; poster and video box art; ad mats; production stills and cast recollections.

From Despair To Beloved: The Provocative Cinema of On Mark Productions