Mansion Of The Doomed premieres March 26th on
http://FullMoonStreaming.com/

Co-starring a young, pre-fame Lance Henriksen, the cast and crew are remarkable & went on to great success, including special effects legend Stan Winston, Richard Basehart, Gloria Grahame, and director of photography Andrew Davis (director The Fugitive, Under Siege).Mansion of the Doomed tells the tale of a doctor who desperately attempts to restore his daughter’s sight by kidnapping victims, cutting out their eyes and transplanting them into his daughter’s eye sockets. Banned in the United Kingdom on its initial release, it was one of many “Video Nasties” that were considered too violent and disturbing by British censors! 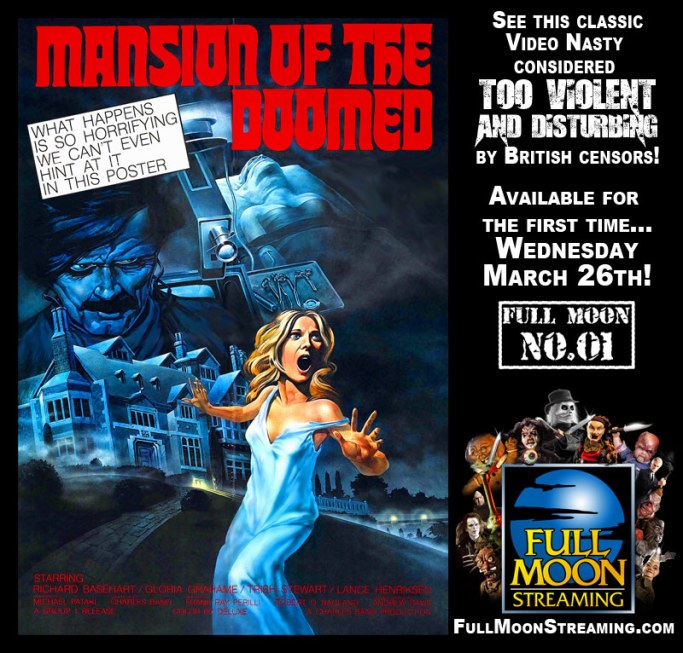