The film was written and directed by James Rewucki and produced by Absurd Machine Films. Tempus Tormentum stars Tyhr Trubiak as Mr. Mouse, an unlucky drifter who happens to become the prey of three masked psychopaths. The psychopaths are named: Clown (Dr. Rage), Devil (Darren Johnston), and Slashmouth (Paul McWhinney). After drugging and abducting their victim, the trio use a combination of psychological and physical torture to drive Mr. Mouse mad, kill him or both. 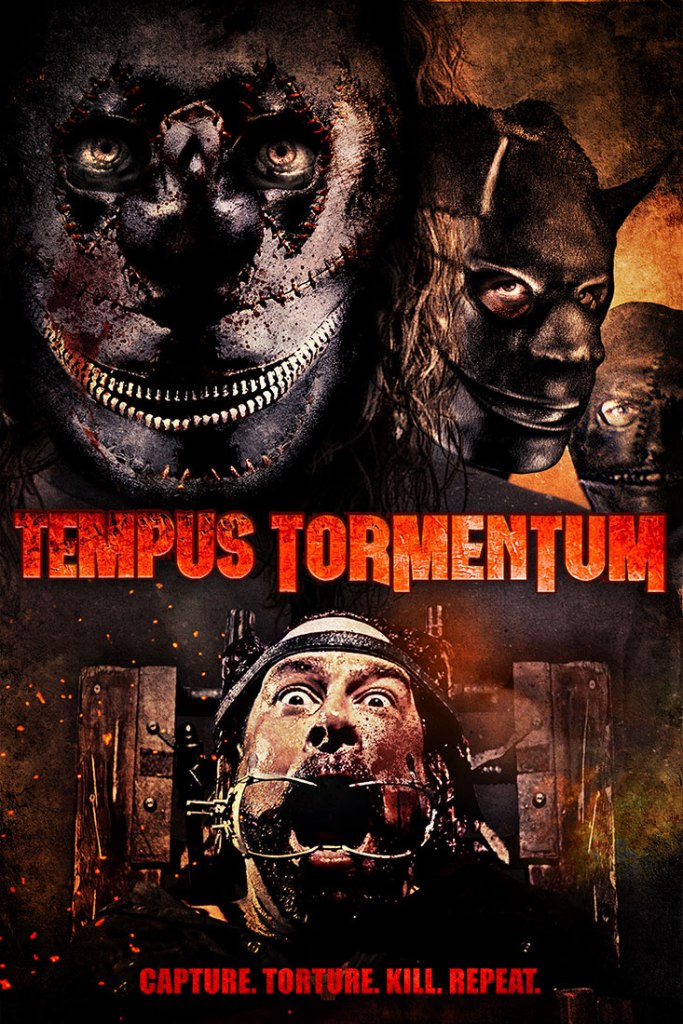 Tempus Tormentum features award winning cinematography and sound design and has played at multiple festivals. A selection of film festivals Tempus Tormentum has played at include FEARnyc (2017). Here, it won Best Lighting Design and was nominated for Jury Prize Best Feature and Best Actor. At the Tampa Bay Underground Film Festival (2017), the film was nominated for Best Feature, Best Director, Best Horror and Best Production Design. The film also showed at the Amarcord Chicago Arthouse Film Awards (2017) and the Hamilton Film Festival CA (2017). In total, the film has been nominated for or won at least ten awards – during its year long festival run.

In their ongoing effort to bring the best and most diverse indie horror content to the masses, Terror Films will be releasing the film in North American markets across multiple Digital platforms. The Digital release will begin with: Amazon Prime Video, iTunes, Vudu, Google Play and XBox Live. This release will be followed by additional platforms (to be announced) and a DVD release, at a later date.

More details on the film: http://tempustormentum.com/site/