7 nightmarish films from the people that brought you SWAMPHEAD, INCEST DEATH SQUAD, THE GIRL WHO PLAYED WITH THE DEAD, FLESH EATING FOG, and DON’T GO TO THE REUNION.

A brute shows a local boy hell through his haunted ax, the streets of Madison are stalked by a deranged sexual psychopath, Ed Gein is resurrected as a dentist with a penchant for extraction, the flip side of the American family screams itself to life, and an elicit drug transforms a singer into the angel of death!!!

Hole in the Wall brings the nasty underbelly of life right into your home. 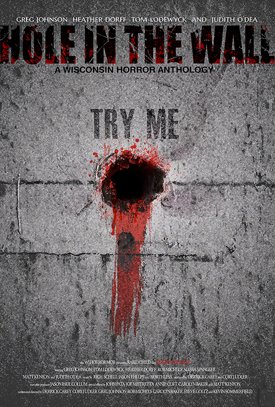