Here is a clip from an arthouse horror film that has been banned at several festivals and which has won awards at others, in its first public screenings: controversial director Trevor Juenger’s Coyote. The film stars Bill Oberst Jr. as an insomniac writer whose sleep-deprived hallucinations distort reality as paranoia drives him to extreme violence. The surreal shocker, which mixes arthouse and horror, is shopping for distribution and its first public screenings have elicited strong reactions. 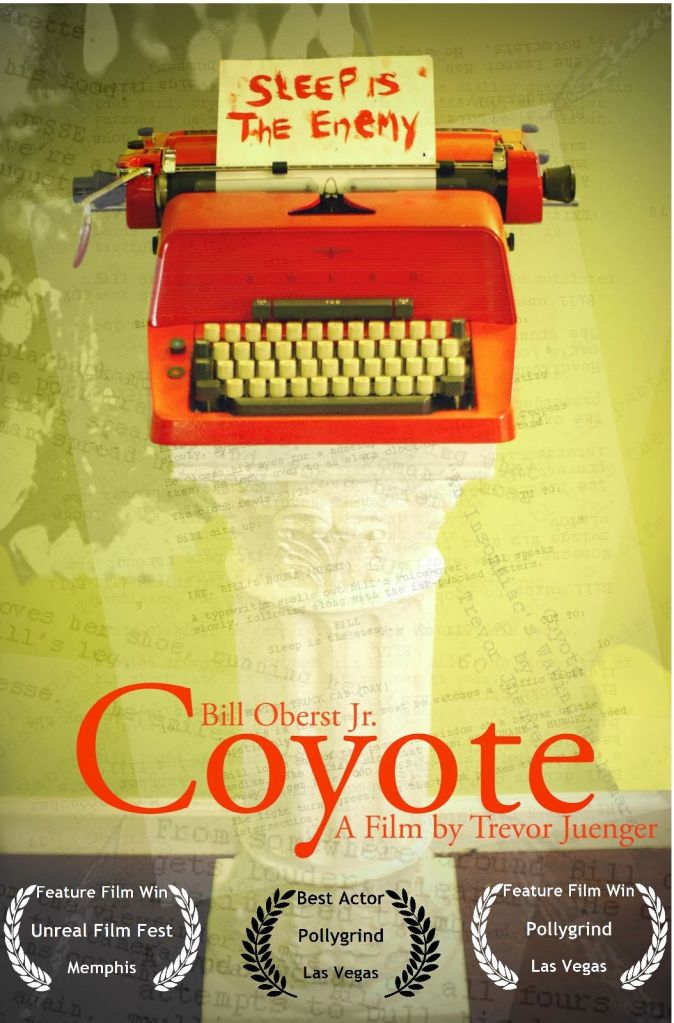 Director Trevor Juenger tweeted last week from a festival: “someone in the audience keeps yelling What Is This? and What Does It Mean? We’re going to give him an aneurysm by film’s end.” Juenger says a college screening of Coyote was shut down in mid-film by an administrator citing “extreme violence,” while another public screening in the director’s hometown of St. Louis had to be cancelled when the theater owner refused to run the film due to “extreme content.”

http://www.imdb.com/title/tt2385041 shows 27 reviews, all positive. The film’s wins include “Best Feature” at the 2013 Unreal Film Festival in Memphis and three Feature Film Awards at Pollygrind Underground Film Festival 2013 in Las Vegas, including a Best Actor Award for Oberst.

Fans of the surreal and the extreme can decide for themselves once Coyote gets distribution. In the meantime, here is a clip that director Juenger says “may be my favorite sequence in the film.” It is the moment before Oberst’s character snaps completely.

And for embed here: