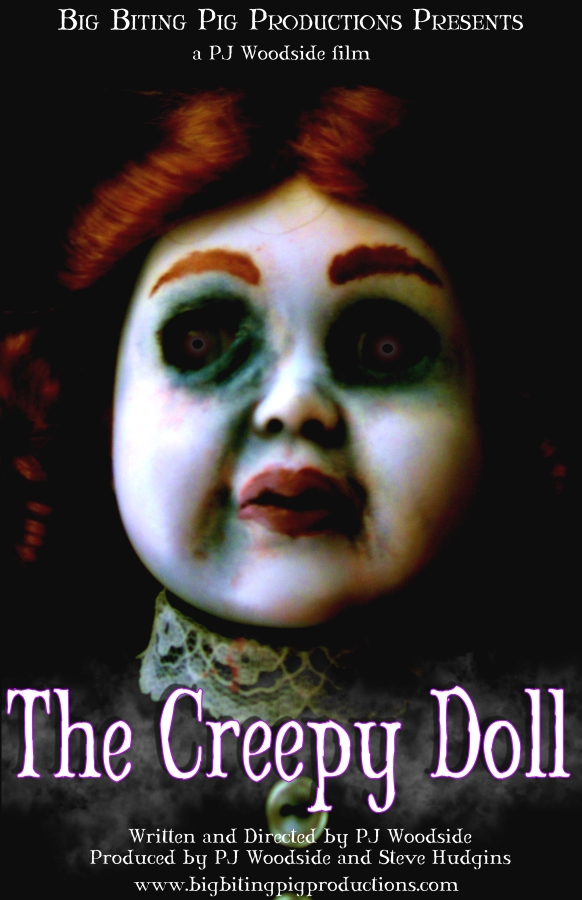 Madisonville, Kentucky – Big Biting Pig Productions has recently released their horror title The Creepy Doll on Amazon’s VOD platform, Amazon Prime. The film involves a newly wedded couple, jealousy and a strange doll collection, with one creepy doll standing out, in particular. The doll seems to take influence over Kate when she becomes suspicious of her husband’s interactions with a beautiful woman. The Creepy Doll is now available for fans of horror, on several video-on-demand formats.

From the story, Kate (Kristine Renee Farley) is an expectant mother. Kate and her husband, Jason (Justin Veazey) decide to move back into a rural Kentucky town, to settle down and start a family. Their furnishings come shortly thereafter and a strange doll collection is the centerpiece of their new home. However, this doll collection brings along many old memories and even a few secrets. Now, Jason is the focus of jealousy and rage.

Production company Big Biting Pig Productions has been developing films for several years, now. Their first feature, Maniac on the Loose was released in 2008, to much praise. They have followed up their success with several more movies including Hell is Full (2010), Spirit Stalkers (2012) Lucid (2013) and many more. Winning Best Feature at the May Day Film Festival, The Creepy Doll continues to unsettle the indie horror genre with a truly disturbing tale of psychological terror. Do not miss one of Big Biting Pig Production’s most twisted tales – The Creepy Doll!

The film is available on VOD here:

The Official Facebook Page for The Creepy Doll is hosted here:

Company Bio’: Big Biting Pig Productions was developed by writers and directors P. J. Woodside and Steve Hudgins. Together, this team focus on character driven stories. Based in Western Kentucky, their work continues to draw fans of story and of horror.