Midnight Releasing is set to unleash the demented Bunnyman Massacre this August on DVD and VOD across North America.  Also known as “Bunnyman 2”, the film is a drastically improved sequel to the 2011 cult hit Bunnyman which gained notoriety from a huge amount of press, as well as being in heavy rotation on the cable TV channel CHILLER.  Availability information is forthcoming.

The Bunny Man character was inspired by the true story of an axe-wielding man in a bunny suit who terrorized residents of Fairfax County, Virginia in 1970.  Going wild with that inspiration, writer/director Carl Lindbergh and his company ANOC Productions created and released Bunnyman in 2011.  Despite mixed reviews, the film gained a sizable following and has been known to play back-to-back on the cable TV channel Chiller.

Bunnyman Massacre was completed in 2013 and it’s obvious that the ANOC Productions crew took notes from the response to the first film — This one is leaps and bounds (pun intended) ahead of the original in all aspects from the visual quality to the acting, direction, story, and horror elements.  Bunnyman Massacre premiered on Chiller over Easter weekend this year.

If you like your horror served with heaps of gore, lots of kills, memorable characters, and dashes of nudity, humor and general offensiveness, this film is certainly for you.  And with a third installment in production, Carl Lindbergh’s bloody and furry creation is on track for true horror franchise status.

“Inspired by the fans requests, Bunnyman 2 aka The Bunnyman Massacre was born,” explains Lindbergh. “With Bunnyman 2 we were able to realize the potential of Bunnyman 1, and at the same time create a franchise that will continue with Bunnyman 3 (which is currently in production.) What I appreciate with The Bunnyman Massacre is that we were able to make a film that really stands apart from all the countless slasher films, and deliver a film that is very unique.”

The adventures of Joe and Bunnyman know no limit of bloodlust and carnage. Bodies pile up as Bunnyman indiscriminately slaughters anything that crosses his path in a mutually beneficial relationship that gives Joe plenty of beef jerky to sell in his local store. 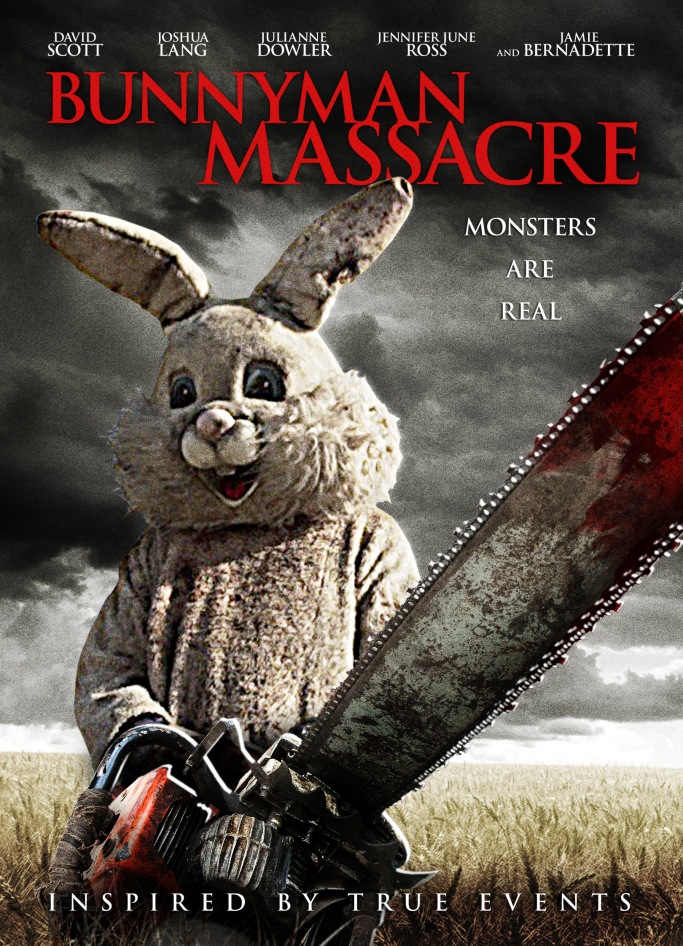