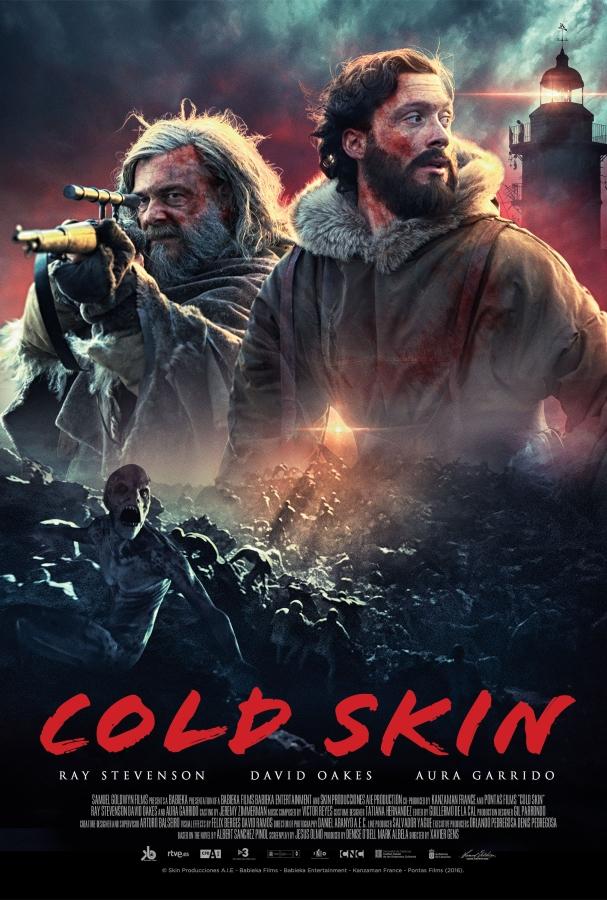 Los Angeles, CA (September 4th, 2018) – This is a reminder that Samuel Goldwyn Films is releasing COLD SKIN in select US theaters, this September. Plus, COLD SKIN will show OnDemand and on Digital, in North America, on September 7th. Now, a new, exciting clip is available to celebrate the impending release, titled “Midnight Attack!”

COLD SKIN includes a stellar cast and crew. The film was directed by French Extreme director Xavier Gens, of Frontier(s) (2007) and The Divide (2011) fame. As well, COLD SKIN stars Ray Stevenson (“Black Sails”), David Oakes (“The Living and the Dead”) and Aura Garrido (The Body, 2012). Garrido is almost unrecognizable as the sea creature Aneris. All of these filmmakers come together in one of this year’s most entertaining releases.

Finally, a new clip has been released for COLD SKIN – titled “Midnight Attack.” The clip shows Gruner (Stevenson) and a young weather observer (Oakes) fighting for survival, on a remote island. A lighthouse provides some shelter. But, everyone is in jeopardy when an army of sea monsters emerge, from the coastline. Horror and thriller fans can see Gens’ most adventurous film to date, on film fans’ favourite Digital platforms or in theatres, this September 7th.

The official synopsis: On a remote island in the Antarctic circle, a young man finds himself trapped in a battle for his life against nightly invasions of unknown creatures that emerge from the ocean.

More on the film: http://www.samuelgoldwynfilms.com/press-detail/?filmname=cold-skin