“Slashing Everything in Store”

Los Angeles, California – Full Auto Films and Code 3 Films have teamed up to bring horror fans Massacre on Aisle 12. This film is a blend of comedy and horror. The film stars: Jim Klock (“Scream Queens”) , Chad Ridgely (Murder Eleven), Mike Capozzi (“Interrogations Gone Wrong” with Keanu Reeves) and Michael Buonomo. Set for its World Premiere in November, the film’s first teaser shows several employees fighting over a bag of stolen loot. Massacre on Aisle 12 was directed by Jim Klock and William Mark McCullough (Patient Seven). As well, the script was developed by Jim Klock, from the original script written by A.J. Via and Chad Ridgely.  All of the upcoming release details for the film and the teaser are available here!

The bloodshed begins on Christmas Eve. As a hardware store begins to close, a duffel bag of cash is found, but so is a body. Now, the employees must decide what to do with both items.  Should they turn the cash in, or go on a Christmas shopping spree? Events take an even bloodier turn when the employees turn on each other.

The teaser shows more of the chaos. And, indie horror fans can see the film this November 4th-6th. The film is slated for its World Premiere at the Buffalo Dreams Fantastic Film Festival that weekend. For now, horror fans can watch several characters implode in the face of so much cash. 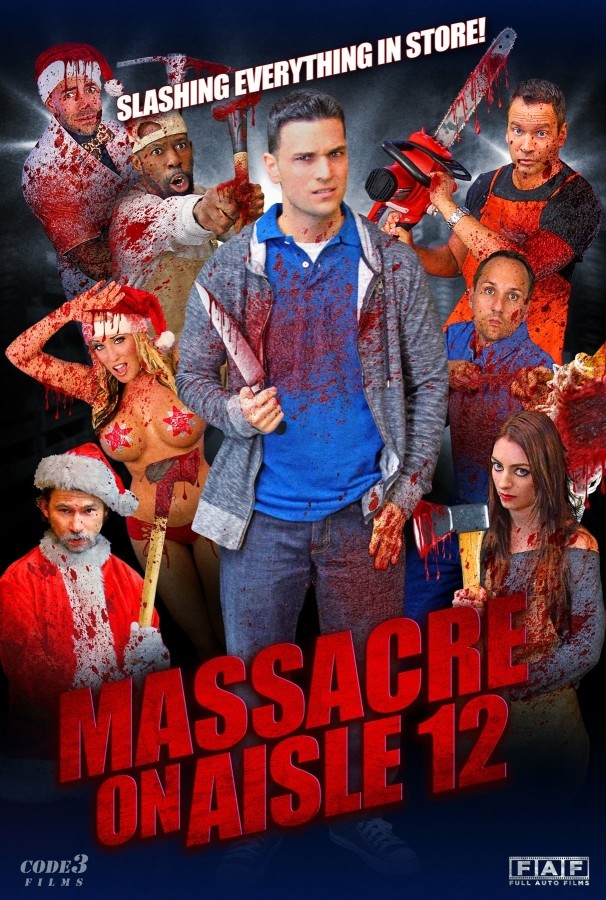 A fan page for the film: https://www.facebook.com/MassacreOnAisle12

More details on the film’s premiere will be available here, shortly: