Lifetime Achievement Award recipient Angus Scrimm received instant worldwide recognition for his frightening performance as The Tall Man in Don Coscarelli’s classic PHANTASM. Returning to the series over the course of five films, Angus also lent his talent to many features including Jim Wynorski’s THE LOST EMPIRE and CHOPPING MALL, and Don Coscarelli’s JOHN DIES AT THE END with Paul Giamatti.

The NYC Horror Film Festival was born in 2002 by filmmaker Michael J. Hein as a venue for newer independent horror filmmaking. After Michael’s passing in 2011, the festival created the Michael J. Hein Achievement Award to celebrate the hard work and perseverance of creators in the field. George Romero was the first recipient of the Lifetime Achievement Award, followed by other classic scaremeisters including Tom Savini, Tobe Hooper, Roger Corman, Herschell Gordon Lewis, Frank Henenlotter, Robert Englund, Wes Craven, and Stuart Gordon.

Copies of Dustin McNeill’s exhaustive tome PHANTASM EXHUMED ($20), and Norman Reedus’ ode to his thankful fans, THANKS FOR ALL THE NICENESS ($75), will be available for purchase during the festival. Tickets are available at the door or at http://www.nychorrorfest.com 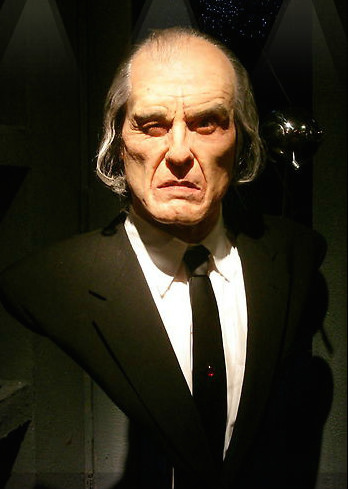