Victoria, British Columbia – Director Rob Willey had a cast screening for the horror feature Dark Cove in Victoria, B.C., this past July (2014). The event was sold out and was host to bouts of laughter and even a few shrieks. Now, Willey has completed the official trailer for the feature; the clip shows more of the gruesome fun that is in store for fans. As well, this title has been submitted to several film festivals, with a wide release expected soon.

The film involves five friends and a camping trip to a remote park. At the wooded locale, Ian (Eliot Bayne), Quinn (Willey), Jen (Montanna McNalley), Joey (Rob Abbate), and Donnie (Cameron Crosby) begin a night of partying. Hallucinogenic mushrooms lead to bad decisions and a confrontation. Soon, the group crosses a trio of Australian surfers and this night of fun turns into one of murder!

The official trailer for Dark Cove is here. Viewers can see director Willey as the character and party host Quinn. Another Victoria local, Ty Stokoe, is also seen as the ferocious surfer Chase. Fans of horror can see both characters conflict in this exciting, new trailer. Also, film fans will not have to wait long to see Dark Cove on the big screen as the film has been submitted to several film festivals around the world. The film festival run for the film will begin shortly. 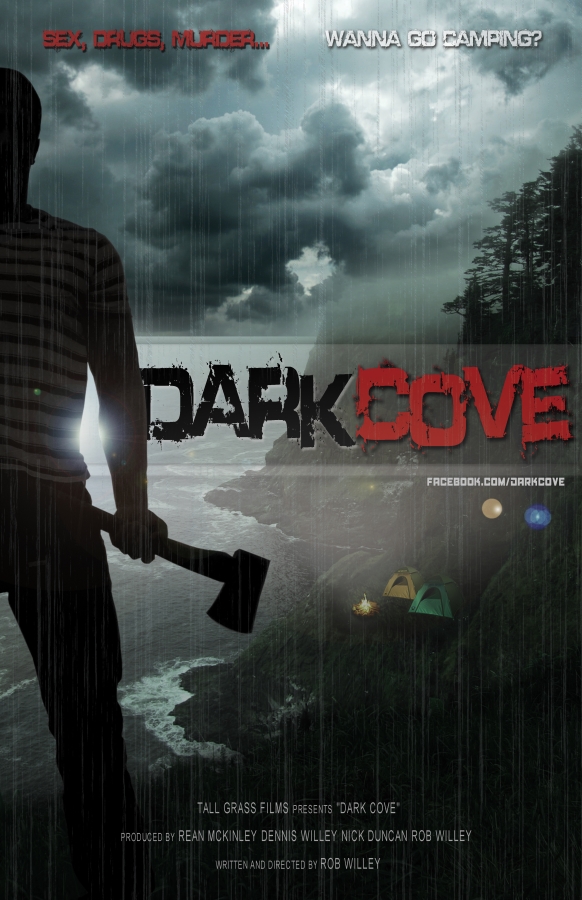 The official trailer is here: https://www.youtube.com/watch?v=JeNCjSXCTbo