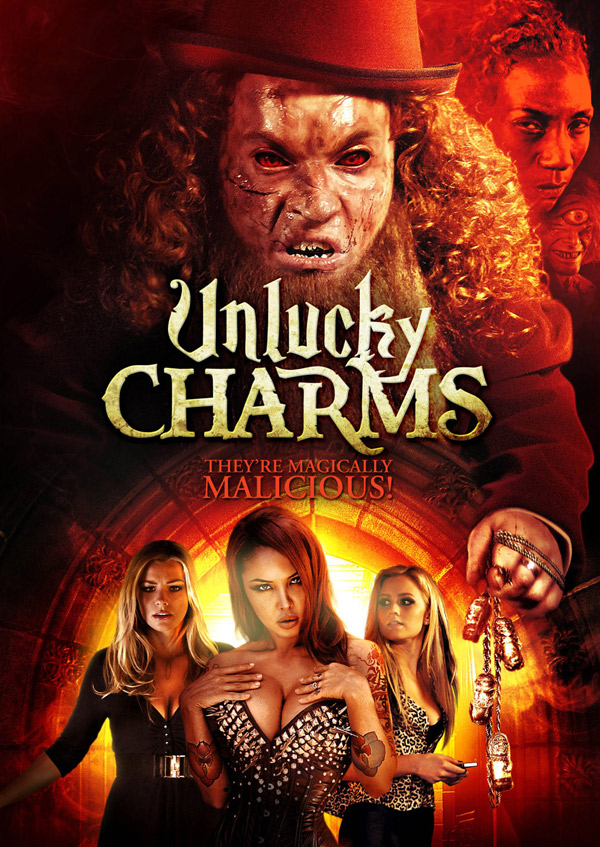 This is the first time the world has seen the amazing new cover art for our latest film, coming to Home Video and Video on Demand in July.

Five beautiful girls vie for a chance to become the spokesmodel for diva DeeDee DeVille’s (Jeryl Prescott Sales from “The Walking Dead”) new high-end line of lingerie. The claws come out when the competition gets fierce, but when they begin to disappear one by one, they soon find that they are competing for their lives. DeeDee invokes four mythical beings – The Cyclops, The Banshee, The Hobgoblin and the mischievous, red leprechaun, Farr Darrig – from an ancient charm bracelet to steal the girls’ souls, but the creatures from the underworld have plans of their own. Whomever wields the power of these UNLUCKY CHARMS, beware. They’re magically malicious!

Produced and directed by Charles Band