Thanks to Jared Bajoras 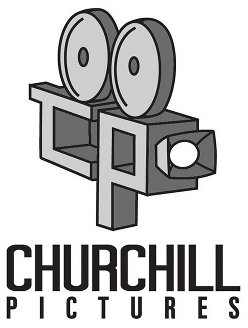 We are doing a special screening of “Deference” which will be followed by a Q & A with director and writer Damiano Fusca and actor and writer Jared Bajoras along with other members of the cast. This is great timing that will coincide with the official release of the film. We understand that many of our friends and family have experienced this film. Please just help spread the word to the public and to anyone who hasn’t seen the movie yet. Thanks and we look forward to this special night! www.churchillpictures.com

The Hollywood Theater in Dormont

Deference (Theater/DVD) – An independent film company called Churchill Pictures first feature release isn’t exactly the film you find me reviewing on a regular basis but because it is independent and a very interesting picture I wanted to do it anyway. Jared Bajoras acts, writes, produces, stuntman, and assistant director on the film “Deference” about a young and energetic man named Bruno who all his life has been a part of let’s say the mob based in Pittsburgh, Pa. But Bruno after picking up his friend Paulie after doing a stint in jail is feeling like he can do more for the business? He wants to put his own crew together and start running his own operation. Bruno is thinking big but Gigi, his boss, doesn’t believe he is ready and doesn’t think that it’s in Bruno’s best interest as Gigi runs everything in town. But when a crazy Irish bookie starts moving on Bruno’s turf, Paulie doesn’t listen to Bruno’s advice to stay out of the gambling business, and Bruno possibly threatened by Frankie the hitman Bruno’s world soon goes downhill! A very well shot, casted, and written movie for a shoestring budget! Jared and his crew should be proud of what they were able to make and any film fan out there that really enjoys “Goodfellas, The Godfather, etc.” will want to get their hands on this brilliant independent film that I give it 3 out of 4 stars and is available at www.churchillpictures.com .