New York City, New York – Prey: the Light in the Dark is a Reinventing Films production. Based on the comic book, “Prey: The Beginning,” this live action film will give fans of the comic a look at the potential of this franchise. Prey: The Light in the Dark stars Tyler Mane (X-Men), Oded Fehr (Resident Evil 4) and Masashi Odate (The Last Samurai). Nathan Reid, creator of the character and franchise, is currently meeting with studios for optioning. The film is focused on the character Prey (Mane). Prey can communicate with the dead and he seeks vengeance on those who have been wrongfully murdered, no matter the cost. A feature adaptation of the comic has already been drafted and it is ready for production. Fans of graphic novels and fiction are invited to take an early look at the production, with the first issue comic book (attached). More details on this exciting project will be released shortly, once filming begins. A previously released trailer for Prey: The Light in the Dark is hosted here:

Issue #1, titled “Prey: The Beginning,” can be downloaded here:

*a shooting date will be announced soon.

More details on the film will be posted here: 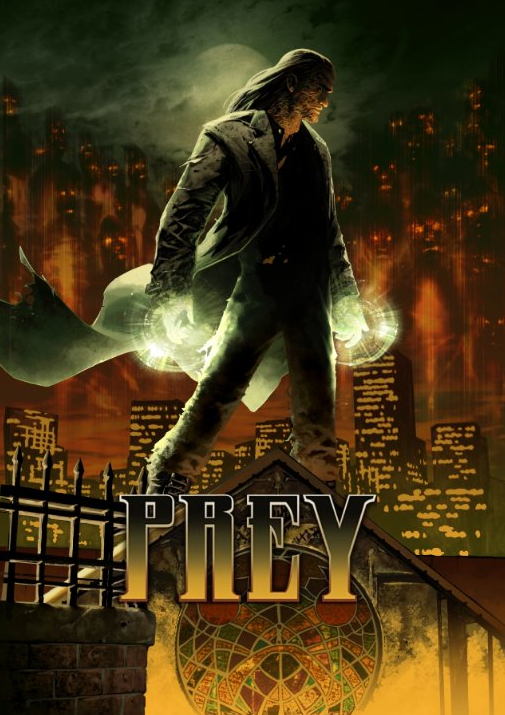