The Mechanic (DVD) – A great 1972 flick that stars Chuck Bronson, and was remade starring Jason Statham in the Bronson role. Bronson plays a hitman who is aging and finds out his health isn’t as good as it once was. Bronson takes a young charming and energetic man in Jan-Michael Vincent under his wing to teach him the ropes of properly killing someone and getting paid for it. Bronson stresses to him its more than a hit. You need to do your research before you make your move which makes for action packed ending. Film is dated but still effective and fun action film. I give the ‘More Chuck for your buck flick’ 3 stars.

The Initiation (DVD) – Daphne Zuniga of ‘Fly 2’ and ‘The Sure Thing’ fame plays a college freshman Kelly in this early 80s slasher film that has quite a twist to it. Kelly seems to be haunted by her dreams or nightmares you can say and she meets Professor Adams who might be able to provide some answers for her with his help. Meanwhile, for Kelly to get accepted into the cool sorority she must steal her dad’s keys to the mall he owns so her future sisters and her can steal a security guard’s uniform and get out. But someone has other ideas about this when they begin to kill not only the college kids one by one but her father… or who she thought was her father? This is one of the few slasher/horror films from the 80s that slipped by me and was glad to finally sit down and watch it. Without giving the twist away I can see where films like ‘Hide and Go Shriek’, ‘Pledge Night’, and a few other late 80s films burrowed from the ending. Hell doing a little research there was actually no ending to the original script. The producers came up with one with the new director they brought when the film fell behind in shooting and budget in 1983. With that I give this cool slasher film 3 stars.

Naked Lunch (DVD) – Possibly, one the stranger films I have ever sat down and watched and that is saying a lot. Peter Weller plays an exterminator who runs out of roach powder during a job and soon is investigated because there officers that believe he is using it to get high. Weller finds out it is actually his wife using it and screwing around with his friends when he isn’t around. If that wasn’t weird enough Weller soon decides to try the powder and finds him in another world where his typewriter is alive and he is writing reports. When in reality when he comes down from his high he is actually writing a complex and interesting story he doesn’t have any clue he is writing. Before I lose you or myself on trying to explain the film any longer, take my word on it sit down and try to watch this sober and it will blow your freaking mind in a good way! I give it 3 ½ stars.

Iron Man 3 (Theater) – If anybody was a little disappointed with part two you will not with part three as Robert Downey Jr. and crew prove why everybody is Iron Man crazy after seeing this wonderful summer flick. This time around it isn’t Tony Stark stealing the show as much as Ben Kingsley may have played one of his best roles to date! Iron Man takes on Mandarin in this sequel where he tries to rip apart everything that Stark loves. The film makes Stark seem more human and if this is the last film of the series it was a good one. It not only connects the first two films but the Avengers films and Thor films. Grab the popcorn people, grab the beer, and enjoy this summer blockbuster as most will not be this entertaining. I give it 4 stars! 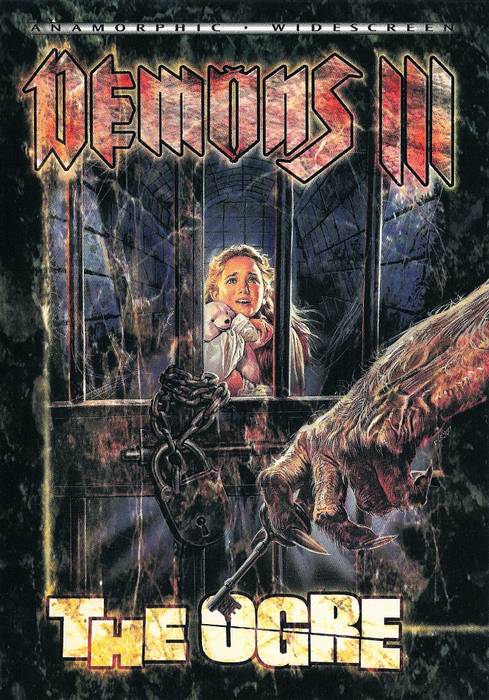 Demons 3: The Ogre (DVD) – Wow, I forgot how fucking bad this film was or should say still is… Anyway a female writer moves into an old house/castle with her husband and kid and just keeps having bad boring ass dreams about her walking around this house/castle and every once in a while is scared by the stunt Troll living in the basement. Nobody dies, nobody is naked, honestly was there a fucking point to this film? God please help me as I will watch the other sequels. I give this 0 stars.

Demons 4: The Sect (DVD) – The 1991 sequel is more about the bizarre and odd as a woman lives in a house that seems to have a creepy past and it just so happens to have blue goo coming out of the water pipes. The woman is chosen, chosen for what, not totally sure as the movie was trying to suck the life out of me by watching it but some old dude is reborn and his friendly cult members make her have a child which she doesn’t want at first. But then grabs it and runs into a fire to burn up with the cult leader. If you are into boring witch movies with lots of blue goo, you found it! I give it a ½ star. 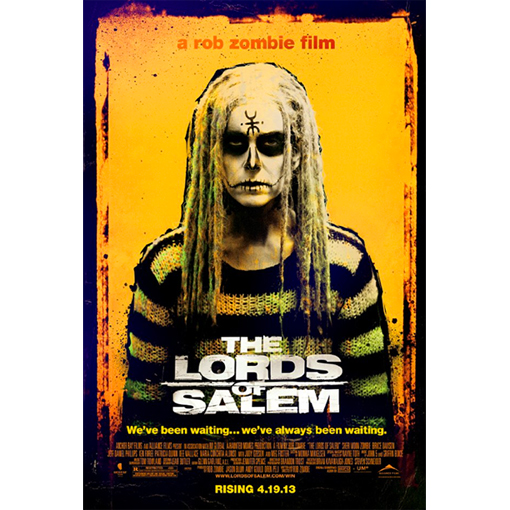 The Lords of Salem (Theater) – Shame on Hollywood studios for not giving this truly bizarre but fun throwback type of horror film a bigger push. Agree or disagree whatever Rob Zombie does film wise it makes most if not all of the horror community pay attention to it. Visually this is one of the coolest horror films I have seen in the past decade! Sheri Moon Zombie plays a DJ with some drug problems in her past but is a part of a popular overnight radio show that just so happens to have Ken Foree a part of it also. Sheri’s DJ character receives an album in her real name (Hawthorne) called “The Lords”. She takes it home and plays it. It begins to almost change her by putting her into a trance of sorts and she his freaky ass dreams that made me ask myself at least once during the film, “What in the fuck is going on?”, in a good way. Strange things keep happening in her world including her landlord has her sisters stop by and want to hang out. Not knowing these are witches that were burned at the stake centuries ago and back to make good on their curse of the Hawthorne Family. It all leads to a one-time event of “The Lords (of Salem) to play a concert. Even though the scenes of Richard Lynch and a few other much known genre names were cut out of the final print we are still treated to characters played by Bruce Davison, Meg Foster, Dee Wallace, Michael Berryman, and Sid Haig. But if you blink you may miss a couple of them? If Rob Zombie set out to make a visually bizarre horror film that deals with witches and leaves an impression of unbelievable proportions on me, then mission accomplished. For me ‘The Devils Rejects’ is still Mr. Zombie’s best film but this ranks high and glad he showed he just doesn’t do remakes and renews my faith in bigger named filmmakers. I give the film 3 ½ stars.